Free Speech On College Campuses May No Longer Be Free 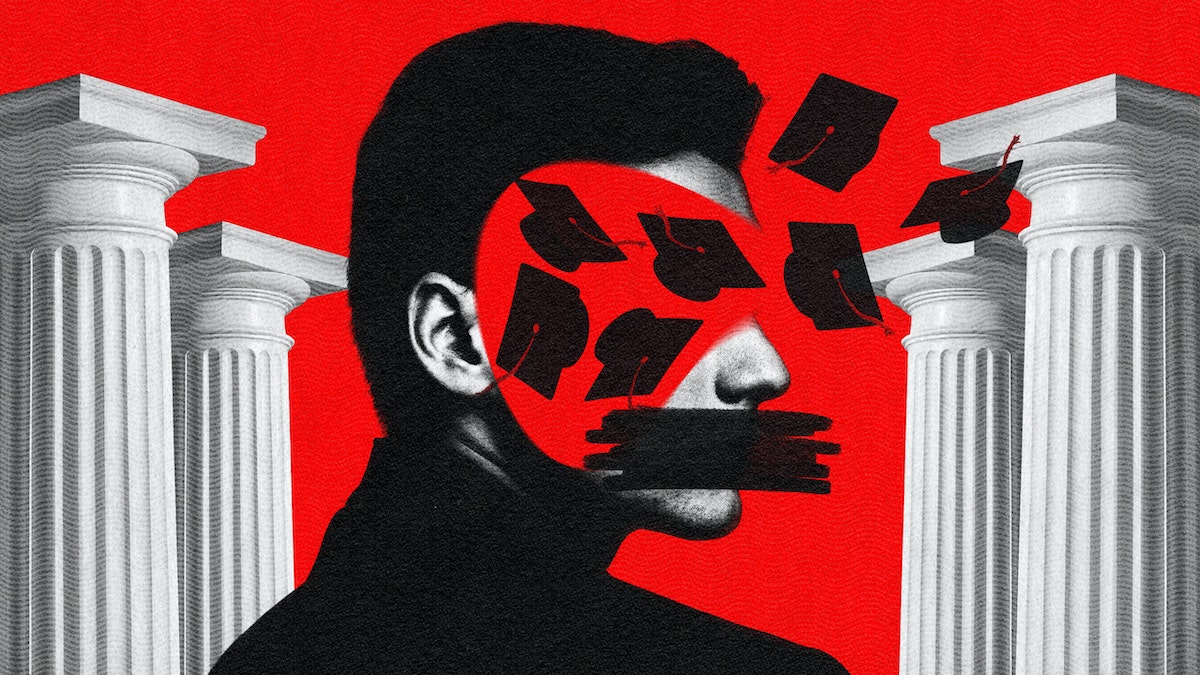 It is no news flash that being a conservative on a college or university campus today is difficult or that free speech is under assault. Take this latest story, for example. On June 6, the Epoch Times reported that Ilya Shapiro, director of the Georgetown Center for the Constitution, resigned over the lack of freedom of expression, an irony too obvious to ignore. Shapiro wrote in his resignation letter, “I won’t live this way. I have no choice but to resign.” He accused Georgetown University of creating a toxic work environment, making it impossible for him to do his job. One more free speech advocate gone from the ranks of the academy.

However, conservative faculty are not the only casualties—so are conservative students, who find it difficult to learn in an environment hostile to their interests and beliefs.  Mission statement after mission statement, particularly at small liberal arts colleges, proclaim their commitment to free expression and free inquiry. Yet, as in Shapiro’s case, with a policy that “promotes free and open inquiry, deliberation and debate,” the paper promise is not universally applied. As Shapiro put it, “Apparently it’s free speech for thee, not for me.”

When I read this report published by the Epoch Times, I thought of the Honors Project of a student of mine, who titled her report using those same words. Based on her experience proposing a conservative book club on campus, her Honors Project narrated in painful detail the treatment she received at the hands of students (and the faculty advisor) responsible for saying yay or nay to any new club proposal. After making her presentation and answering basic questions, my student explained that “very quickly the questions turned into accusations. ‘How can you stand there as a woman and support this?’ ‘You are racist.’ ‘You’re promoting racism.’ ‘You’re sexist.’  ‘You’re misogynistic.’ ‘You’re homophobic.’ ‘You will cause stress to the student body.”” The insults continued for some time— the playbook insults of progressives everywhere when confronted with conservatives with whom they disagree. Though, to yell “You’re disgusting” and “You’re a disgrace” adds a new page to the playbook.

The response of these students is not, unfortunately, unique to my institution. The recent events at Yale Law School before a scheduled debate between a conservative and a liberal — as well as organized by the dean of the law school — were all too familiar to my student. The disruptive crowd hurled similar accusations and insults at the conservative speaker. In this case, the speakers were ushered out of the room by security, while the protesters continued their tirade with impunity.

This impunity reflects the depth of the problem. The violators of free speech never face any consequences for their violations, are never reigned in, and are never disciplined, but, as with Ilya Shapiro’s situation, the onus is on the conservative to bow to what amounts to blackmail: don’t say this or do that, or you will suffer in material ways. No wonder Shapiro resigned.

Did my student go quietly into that good night? Not exactly. She met with the college president, who listened and sent her to the vice president for student affairs, who then listened and…did nothing.  My student then contacted Greg Lukianoff’s organization, Intercollegiate Studies Institute (ISI), for whom she had interned and where she had gained the idea to start a conservative book club. They immediately wrote a letter to the president about this violation of my student’s rights.  After numerous attempts to get an answer or to reach a settlement, the president refused to answer, as did all the other administrators who should have helped my student with her righteous complaint.

When I read of Shapiro’s actions, I immediately thought of my student’s situation, for she had turned her violated rights into an Honors Project, coincidentally titled “Free Speech for Thee, But Not for Me.” The connection with Shapiro solidified her argument. Now she is about to start working for ISI; her career goal is to help other college students who find their free speech rights violated.

Additionally, I also thought of No Safe Spaces, the Dennis Prager and Adam Carolla documentary on the threat to speech across college campuses nationwide. I showed it to my “Op-Ed” class during the fall of 2020 and received some backlash from students who felt that the film was mere “propaganda.” Other students insisted that the situation was real on our campus, and one by one students told stories similar to that of my student, who also happened to be taking the course. I have wondered why the documentary has never received the notice that it deserves. It bears knowing about and watching, if only for its segment on Evergreen State College and the two liberal professors who found themselves on the wrong side of the free speech battle.

The professors, in telling their story, rejected the canard that theirs was an extreme case at an extremely liberal campus. Rather, they argued persuasively that Evergreen was a picture of what would soon be mainstream behavior across our country—that the violence would move beyond the verbal, and become physical, whenever the leftist agenda was challenged. And so they have proved prophetic,  as seen in the summer riots of two years ago, in the recent illegal protests in front of Supreme Court Justices’ homes, in the would-be murderer found outside Justice Kavanaugh’s home in early June, and in the protests at Yale University, which shut down a law school debate between a conservative and a liberal. The protesters were not hauled off, the speakers were.

It takes only a minority of vocal, insistent, and threatening students and/or faculty to invalidate a school’s mission statement on open discourse and dialogue, and all schools have a version of this promise. Do they abide by it? Not anymore. But do they defend it and themselves? Of course. Maybe administrators really believe that they do, but when conservative voices are routinely silenced in classrooms or in open forum discussions, administrators’ claims of their lack of culpability are hollow and disingenuous at the very least.

Conservatives ask expert observers what can be done to change the political atmosphere on college campuses. Often the answer is “Nothing. Write them off.” I disagree. Instead, reach out to the many conservative alumni whose support schools rely on. They know and are disturbed by what is happening at their alma mater. Often they have children—even more than one—at the institution. Moblized, this group can be and is formidable, especially when the school wants a donation, as schools always do. Such a group might even influence hiring decisions, either directly or indirectly by establishing “conservative” faculty chairs. Just know that conservatives do not necessarily lack power to make changes, despite how daunting it may seem at times.

Cheryl Forbes is Professor of Writing and Rhetoric at Hobart and William Smith Colleges in Geneva, NY. She is the author of eight books on theology, philosophy, science, and memoir.

The views expressed in this piece are those of the author and do not necessarily represent those of The Daily Wire.