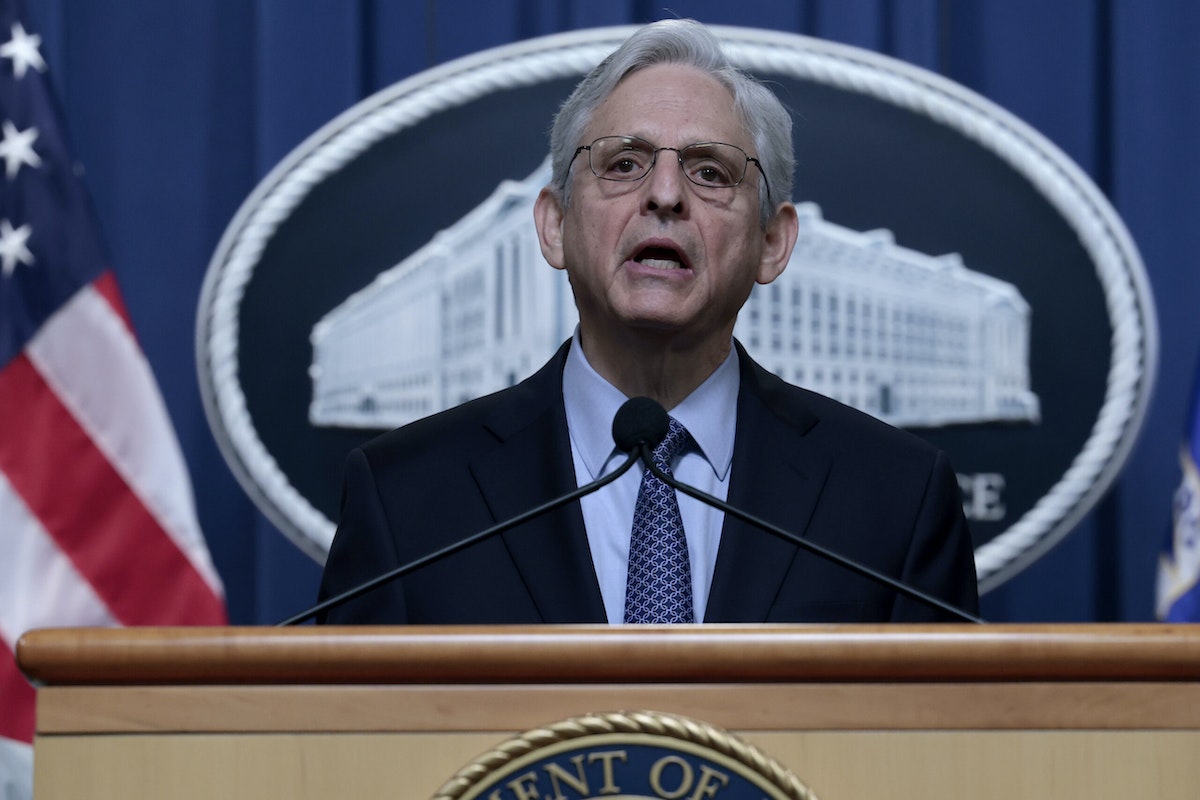 Once the most respected and trusted law enforcement agency worldwide, the FBI is now in decline. The corrupt leadership of these leaders has led to their demise and we’re reminded again of the terrible effects that extreme politics can have on policing.

Politics and law enforcement have a close relationship in the federal government and police departments throughout the country. Our elected leaders have the primary responsibility for ensuring the safety and respect of citizens’ constitutional rights. If you haven’t noticed, they are failing us.

The FBI, America’s most powerful law enforcement agency, is now completely politicized. Our federal government’s armed enforcers are brazenly abusing their power to target political opponents on the right. Combining this with leftist politicians who use the media to attack, defund and cripple the state and local police services is a recipe of disaster.

It is a mistake to weaken the police force in cities or towns. This can lead to disorder and chaos, which gives the federal tyrants an excuse for abusing their power.

Integrity is a prerequisite for law enforcement. Trust and respect must exist so that police and courts can do justice in a fair and equitable manner. They should seek only truth and not be influenced by political or personal ideology.

A left-wing gang of lunatics set fire to a Federal Courthouse building in Portland and a Seattle police station is not different from one where right-wing extremists stormed Washington’s Capitol. They should all be tried and punished equally. Today, however, the law is being enforced selectively by a Democrat president with his leftist puppeteers and a democratic majority of both houses. The suspects are punished based upon their political affiliation.

Hillary Clinton’s destruction of evidence and possession on an unauthorized server of classified documents should both be prosecuted vigorously, just as Trump’s alleged hiding documents at Mar-A-Lago.

My 21-year old self was taking part in the 1982 police academy. A fellow instructor explained the power of the badge being pinned to our chest. His words were, “You are now part of a select group who have the power to take away someone’s freedom and even their life. Think about how precious that freedom is and what an awesome responsibility you are being given to protect it.”

Those words have stayed with me for over forty years and it turns my stomach to see spineless, gutless leaders in the FBI, their puppet master in the Justice Department Merrick Garland, and their useful idiots in the media behaving more like Josef Stalin’s secret police than a legitimate law enforcement agency.

Lavrentiy Beria, the notorious head of Stalin’s ruthless death squad, once stated, “Show me the man and I’ll find you the crime.” Isn’t that exactly what is going on today with some in our federal government and their dogged pursuit of former President Trump?

Like Stalin and Beria, these partisan hacks are still trying to find the crime that will stick to Trump while the criminals in the swamp – who illegally spied on his campaign and worse – continue to go unpunished.

Maybe they’ll finally get Trump for something as innocuous as tearing off his mattress tags.

All of us should find the FBI’s reckless behavior extremely concerning. The pre-dawn raid of Trump associate Roger Stone’s home on January 25ThThe year 2019 is the best example. The FBI stormed Stone’s home at 5AM with more than two-dozen heavily armed agents in Flak Jackets, some with long guns drawn, containing 30 round magazines of ammunition.

Many of these warrants were executed in places we knew would have dangerous and violent criminals. In my more than two decades of police work, we never used that much firepower against anyone. This includes a man aged 78, his wife, 75-year old Deaf wife, and their two fluffy, white dogs. A CNN camera crew was not present to capture our encounters. “valor”. It was an inexcusable and shameful abuse of power. Every single citizen of the country should be offended and everyone involved should be embarrassed.

We are quickly becoming a police state if you watch the news. CNN, MSNBC, and other media outlets work together to make Biden look good while he and his Gestapo justice team target any attorney or Trump associates who have raised legitimate concerns about the outcomes of the 2020 presidential elections.

To dissuade well-known attorneys from protecting the president, and to limit his ability to find competent advisers to help him in this endeavor, Their goal is to financially and politically destroy the opponent using Beria-style intimidation.

Ironically, many left-leaning hypocrites abhor the Left. “murderous, racist police”, browbeat their politicians to abolish prisons and defund police departments across the country, seem to be cheering this type of corrupt power grab as long as the target is someone who doesn’t share their political ideology. They fail to realize that law enforcement officers and government overlords have historically used that power against them in the past.

To crush citizens’ rights, totalitarianism is combined with tyranny. It doesn’t discriminate between political parties and at some point the fallout will find its way to your door. Many times it has already. Merrick Garland, Attorney General of Connecticut used the power and force of the federal government on parents to make them terrorists for opposing Critical Race Theory in school boards meetings. This is just one example.

Meanwhile, the number of people who commit violent crimes in cities that are liberal or large is increasing. This is a direct result of left wing policies that weaken, demoralize and defund our police departments, while at the same time prisons are emptied  and our streets are flooded with violent criminals. Some left-leaning people believe that this is the only way to go. “Less incarceration makes us all safer.”Is it safer to live in a safe environment? The top ten US murder rate cities are nine run by Democrats and one is managed by an independent former Democrat. Coincidence? It is not, I believe.

I don’t care where you live or your political affiliation, our country is a more dangerous place today than it was two years ago and our freedom is under threat. Both sides of the political spectrum are responsible. They aren’t going to change it. It is up to us to make ourselves heard at school boards meetings and community board meetings. But, most importantly, we need to be heard at this November’s ballot box.

John Dove, a NYPD Detective Lieutenant who is now retired and was the co-executive Producer of CSI New York starring Gary Sinise.

The opinions expressed in this article are the views of the author, and not necessarily those of The Daily Wire.