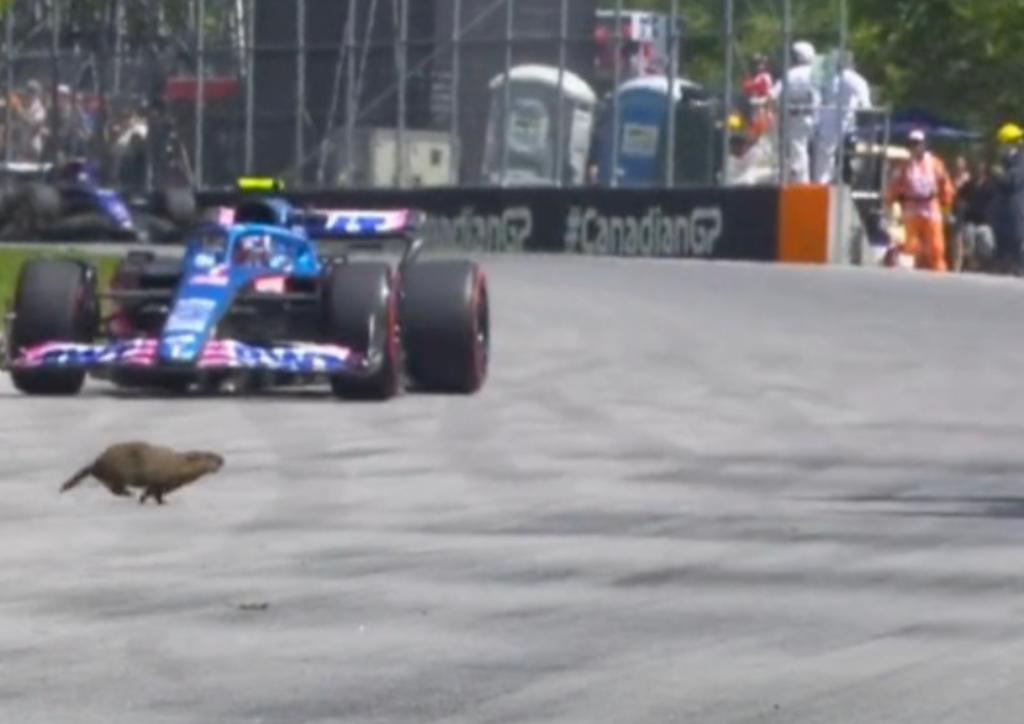 A groundhog or marmot ran onto the track at the Circuit Gilles Villneueve in Montreal on Friday during practice for the Formula One Canadian Grand Prix.

The rodent was spotted near the side of the racing surface, but then decided to cross it.

It passed between the cars of Fernando Alonso and Carlos Sainz, and was nearly hit by Sainz’s Ferrari.

Fortunately for all the animals involved, it was able to weave its way through the cars and make it safely to the other side.

It’s not the first time one of the critters has checked out the scene at Formula One’s annual visit to the track.

They’re pretty common on Notre Dame Island, which houses the track. One caused a ruckus during practice for the 2008 race and Lewis Hamilton was photographed coming close to it as it scampered away.

Formula One isn’t the only series that has to deal with adventurous animals. During practice for this year’s Indy 500, a fox crossed the track in front of several speeding cars and jumped through the catch fence just as the yellow flag was waved.

The Canadian Grand Prix returns to Montreal this year for the first time since 2019, having been canceled the past two years due to the coronavirus pandemic.

It’s scheduled to start at 2 p.m. ET on Sunday, June 19, as long as the local fauna allows.