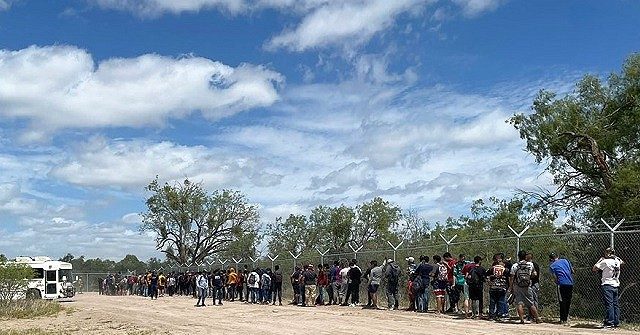 According to Jason D. Owens, Chief Patrol Agent at Del Rio Sector Border Patrol, more than 1,600 migrants were apprehended by Border Patrol agents in just 14 hours on Wednesday. That number had risen to almost 1,900 by the end the day.

Chief Owens posted a tweet stating that agents from three Del Rio Sector Border Patrol Stations had apprehended over 1,600 migrants as of Wednesday afternoon at 2:05 p.m.

“As of two o’clock,”The chief was also added. “with almost 10 hours left to go in the day we are already at almost 1,600 apprehensions. That is a very busy day in and of itself and we still have ten hours to go.”

According to a source working under U.S. Customs and Border Protection, nearly 300 migrants were apprehended by the Del Rio Sector agents at the close of the day. This brings the total number of apprehensions to under 1,900.

This makes the Del Rio Sector the second busiest in the nation behind the Rio Grande Valley Sectors’ 333,224 migrant apprehensions.

Randy Clark is a 32-year veteran of the United States Border Patrol.  Before his retirement, he was the Division Chief of Law Enforcement Operations. He directed operations at nine Border Patrol Stations in the Del Rio Sector, Texas. Follow Randy Clark BBTX on Twitter.