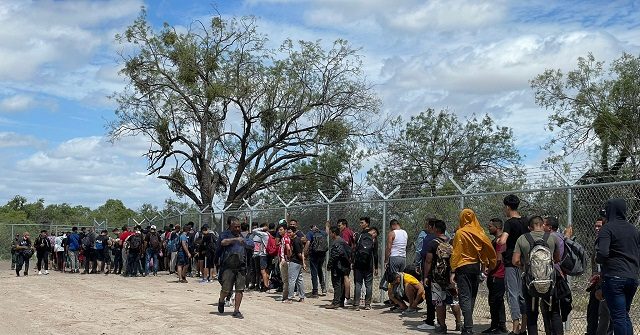 A source operating under the umbrella of U.S. Customs and Border Protection told Breitbart Texas that agents in Eagle Pass, Texas, apprehended yet another huge group of migrants during the morning of June 15. The more than 300 migrants crossed the border south of Bridge #2 — about a half-mile from where a group of more than 400 crossed earlier in the morning.

During a period of less than four hours, agents in this area apprehended more than 800 migrants, the source stated.

Late Tuesday afternoon, another group of 300 migrants crossed the border in this same area, Breitbart Texas reported. This was the largest ever to cross in this area in a single incident, the source stated. Agents identified the migrants as citizens of Cuba, Nicaragua, and Venezuela. That record was shattered in less than 16 hours when the group of more than 400 migrants crossed in a single group Wednesday morning.

This brings the total of the four groups of migrants crossing in this area to more than 1,100 in less than 24 hours.