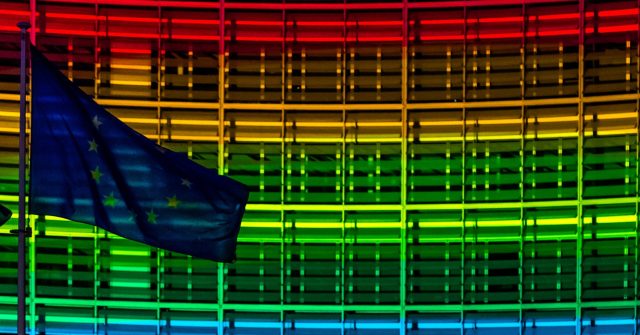 A Twitter account run by the European Commission has marked the start of Pride Month in June by declaring that the “future is queer” and promoting a new campaign.

The Twitter account “European Youth,” which stated that it is run by the European Commission, wrote on Wednesday, “No two people are the same, we are all unique. Each one of us is the result of our own values, dreams, ambitions and talents.”

“In this Pride, we want to assert our singularities because, when combined, they make us stronger. This month follow #TheFutureIsQueer. And be proud,” the account added, alongside a picture stating “the Future is Queer.”

No two people are the same, we are all unique. Each one of us is the result of our own values, dreams, ambitions and talents.

In this Pride, we want to assert our singularities because, when combined, they make us stronger.

The same post was made by The European Union programme for education, youth, training and sport Erasmus+, as well as the EU programme for the cultural and media sectors Creative Europe.

According to another Twitter post from the Marie Skłodowska-Curie Actions, a programme for doctoral education and postdoctoral training, the “Future is Queer” posts are related to a new campaign, though the exact details of the campaign remain unclear, beyond calling on Twitter users to follow the Future is Queer hashtag.

The campaign comes as countries across Europe and elsewhere celebrate June as Pride Month, with many flying rainbow Pride flags, including the U.S embassy to the Vatican, which stated it will fly the rainbow flag all month.

The U.S. embassy will fly the flag for the second year in a row and stated on Twitter, “The United States respects and promotes the equality and human dignity of all people including the LGBTQIA+ community.”

While some fly the traditional rainbow flag, others, such as the Dublin LGBTQ+ Pride, have greatly added to the rainbow flag, including colours meant to represent not only LGBT people but other marginalised groups. This year, Dublin Pride even went as far as adding the colours of the Ukrainian flag to their pride flag to show their support for the country.