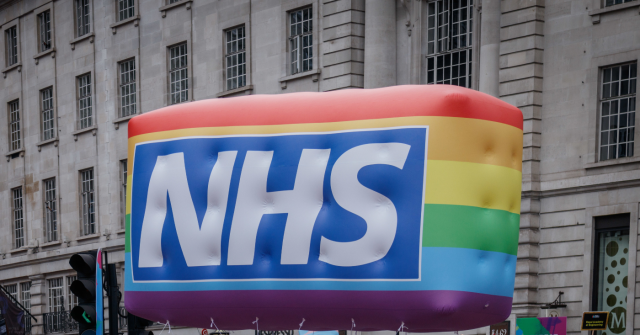 In a move to “desex” medicine, the word ‘women’ has been removed from the advice centre for female cancers on the National Health Service’s website.

The online portal for NHS England, which is used by millions to check their symptoms and government health advice, has altered its main pages for cervical, ovarian and womb cancer to apparently fall in line with far-left ideology on gender.

The change to remove the word “women” was first reported by The Times of London on Tuesday, which claimed that the supposedly neutral government healthcare system had “desexed” the website to seemingly conform with the notion that biological females can transition into becoming men and still be impacted by female-only cancers.

According to the paper, while certain sections within the website still contain the mentions of women, the main landing page for medical advice for ovarian cancer now says: “Anyone with ovaries can get ovarian cancer, but it mostly affects those over 50,” as opposed to the previous entry which described the disease as “one of the most common types of cancer in women”.

The landing page for those looking up womb cancer previously stated that it is “a common cancer that affects the female reproductive system” and that “it’s more common in women who have been through the menopause.”

Now the government site merely states: “Womb cancer is cancer that affects the womb. The womb (uterus) is where a baby grows during pregnancy.” The entry for cervical cancer also removed mentions of women, stating: “Cervical cancer is a cancer that’s found anywhere in the cervix.”

Commenting on the woke alterations, Western Sydney University’s Dr Karleen Gribble, who recently led a review into the use of gendered language in terms of childcare and births, said that while it may have been “well-intentioned” it will likely cause problems for those seeking information.

The professor specifically noted that people who have English as a second language may be confused by the health advice, stating: “There needs to be more frank discussion around this, and thinking [about] what is the best way to approach things.”

“I think that the changes to desex language are well-intentioned, but we are seeing that they are making communications less clear and when it comes to critical health issues that has great potential to place the health and wellbeing of individuals at risk,” she added.

A spokeswoman for NHS Digital responded: “It is not correct to say that there is no mention of women on the ovarian, womb and cervical cancer pages. We have updated the pages as part of our routine review of web pages to keep them in line with the best clinical evidence, and make them as helpful as possible to everyone who needs them.”

The update comes amid a broader debate in Britain surrounding the nature of womanhood and transgenderism, with several high-profile political figures, recently including a Labour MP, declaring that women can have penises.

The NHS itself has been a major centre of controversy surrounding trans issues, with the supposedly neutral government service drawing criticism for allowing biologically male transgender sex offenders to be placed in female only hospital wards.

An interim review by former President of the Royal College of Paediatrics and Child Health, Dr Hilary Cass has claimed that many doctors and other healthcare officials are afraid of speaking out against the far-left positions on gender taken by the NHS.

London’s Tavistock and Portman NHS Foundation Trust, which operates the only gender identity clinic for children in the country has also been accused of being too quick to assume that young girls are transgender if they exhibit atypical behaviour such as not liking the colour pink or playing with dolls.

Meanwhile a report from The Daily Mail last week claimed that the number of transgender patients being treated by the NHS has risen by 75 per cent over the past five years, up from 6,371 in 2016 to over 11,000 in 2021.