CNN Anchor: “I Couldn’t Agree to This” After she was asked to wear a headcarf. Amanpour Talks about Iranian President Ebrahim Rashii 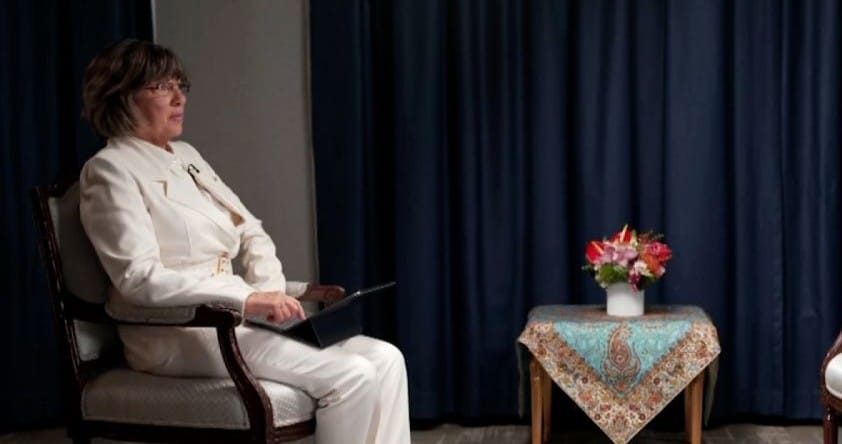 Christiane Amanpour is the CNN International Chief Anchor. She said that she quit an interview she had with Ebrahim Raisi, Iranian President in New York City. He refused to allow her to wear a headscarf.

In a lengthy thread posted on Twitter, Amanpour explained how the interview was slated to be Raisi’s first on U.S. soil and that she had planned to ask him a slew of important questions.

Amanpour stated that an assistant approached her about forty minutes before she was due to start the interview and recommended that she cover her head with a scarf, as it is the holy month of Muharram or Safar.

Amanpour stated that she did not accept the Iranian president’s request, as it was never asked of her during interviews outside Iran.

Protests are sweeping Iran & women are burning their hijabs after the death last week of Mahsa Amini, following her arrest by the “morality police”. According to human rights organizations, at most 8 people have been murdered. I was planning to interview President Raisi last night about this and other topics. 1/7

A staff member arrived about 40 minutes late for the interview to open. The president, he said, was suggesting I wear a headscarf, because it’s the holy months of Muharram and Safar. 3/7

After hours of preparation, the aide told her the interview would not happen if she did not comply with Raisi’s request.

An aide stated that it was impossible for me to interview if my headscarf wasn’t on. It was, he said. “a matter of respect,”Referred to “the situation in Iran” – alluding to the protests sweeping the country. 5/7

“I couldn’t agree to this unprecedented and unexpected condition,”Through Twitter, she stated the following: “And so we walked away. The interview didn’t happen. As protests continue in Iran and people are being killed, it would have been an important moment to speak with President Raisi.”

So we left. The interview didn’t happen. The interview was cancelled because of the ongoing protests in Iran, and deaths. 7/7 pic.twitter.com/kMFyQY99Zh

She later spoke on CNN’s “New Day”Learn more about the whole scenario.

You know, I’m used to covering these kinds of situations. I will wear a head scarf in Iran where it’s actually the law and pretty much you have to, certainly as a foreign correspondent. But here you don’t. I just figured instantly in that moment that I had no choice but to, a, stand up for journalistic principles, and b, it’s happening at a very important time, when the whole idea of the hijab is at issue in this terrible round of protests.

Video interviews with Iranian presidents have been done over the years. There is a precedent that the U.S. does not wear it. This particular time, this is because the woman was taken into police custody.

It’s unprecedented that we’ve got this kind of pressure and this kind of suggestion. He didn’t want the interview. Or he was afraid of being photographed in public.

The important thing is what’s happening, and of course, I would have wanted to ask him how he is going to deal with that, which is the most significant protest in Iran since 2019. According to social media and various press sources, it was around 1,500 deaths. Other sources say even more. This is giving it a life all its own. It’s very difficult to tell where it’s going to go. Everyone wants to know if this is the end of their regime. I don’t think so, because they will crack down. They’re already saying it.