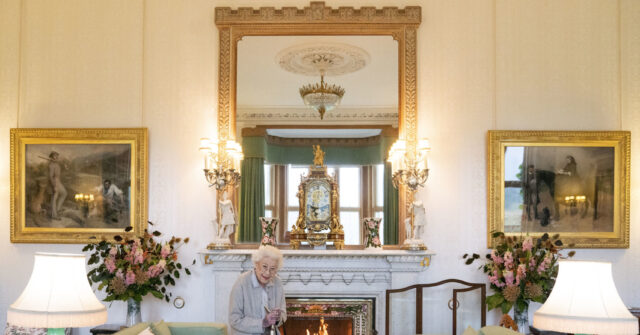 Britain’s late Queen Elizabeth II “wanted to be a figurehead for white supremacy and reap all the rewards”, according to the country’s inaugural professor of “Black Studies”.

Kehinde Andrews, who has branded the publicly-funded university which created his position institutionally racist, has carved out a niche for himself in Britain’s public discourse as the go-to source for the mainstream media when it needs someone to brand some aspect of Western and especially British culture or history — the British flag, the English flagThe song is here Rule Britannia, wartime prime minister Sir Winston Churchill, the Enlightenment, and so on — racist.

The activist-academic was perhaps never more energetic than in the days following the Queen’s death, penning articles for the likes of NBC News, Novara Media, and POLITICOappearing on MSNBC, MSNBC, etc. to criticize the 96-year old deceased as a symbolof colonialism, racist, or white supremacy.

“Although we saw her a lot I can’t remember anything she ever did so it’s fair to say the Queen was a figurehead and symbol,”Andrews spoke rather cattily in remarks quoted by BirminghamLives (the major regional media outlet) about the university where Andrews enjoys a sinecure.

“But then you think: what does that symbol represent? It represents white supremacy. It’s a celebration of colonial nostalgia and empire and she paraded stolen jewels,”The academic continued.

“She decided she wanted to be a figurehead for white supremacy and reap all the rewards so, of course, she’s culpable,” Andrews accused, citing in particular — as have many of the Queen’s leftist detractors — the suppression of the Mau Mau rebels in Kenya during the very first years of her reign.

Little mentioned by such commentators is the fact that the Mau Mau did not enjoy popular support in Kenya, and that they were not only the victims of abuses — usually by local security forces — but also the perpetrators of horrendous atrocities, including hacking a white six-year-old, his parents and a black farm worker to death with pangas and burning large numbers of black Kenyans who did not support them alive in their homes.

What is not in question is what remained of the British Empire on the Queen’s accession to the throne in 1952 was all but dismantled by the time she passed away, with there being no question that the remaining British Overseas Territories with permanent populations, such as Gibraltar and the Falklands, retain their British status with overwhelming popular assent.

“People forget she didn’t have to do any of it. She could have abdicated the throne, gone her way and lived a happy life,”Andrews also argued.

Although the Queen saw it differently, she viewed her monarchy role as a lifelong divinely-ordained duty.

“I declare before you all that my whole life, whether it be long or short, shall be devoted to your service and the service of our great imperial family to which we all belong,” the then-Princess Elizabeth had told her people during a radio broadcast in 1947, aged just 21 — a promise she would keep for ober seven decades.

Andrews insists that Chris Kaba was killed in the shooting. Chris Kaba is a black drill artist who was just out of prison for firearms violations. He was alleged to have driven a car at London police following a chase. “should be way more to society than the Queen’s death.”