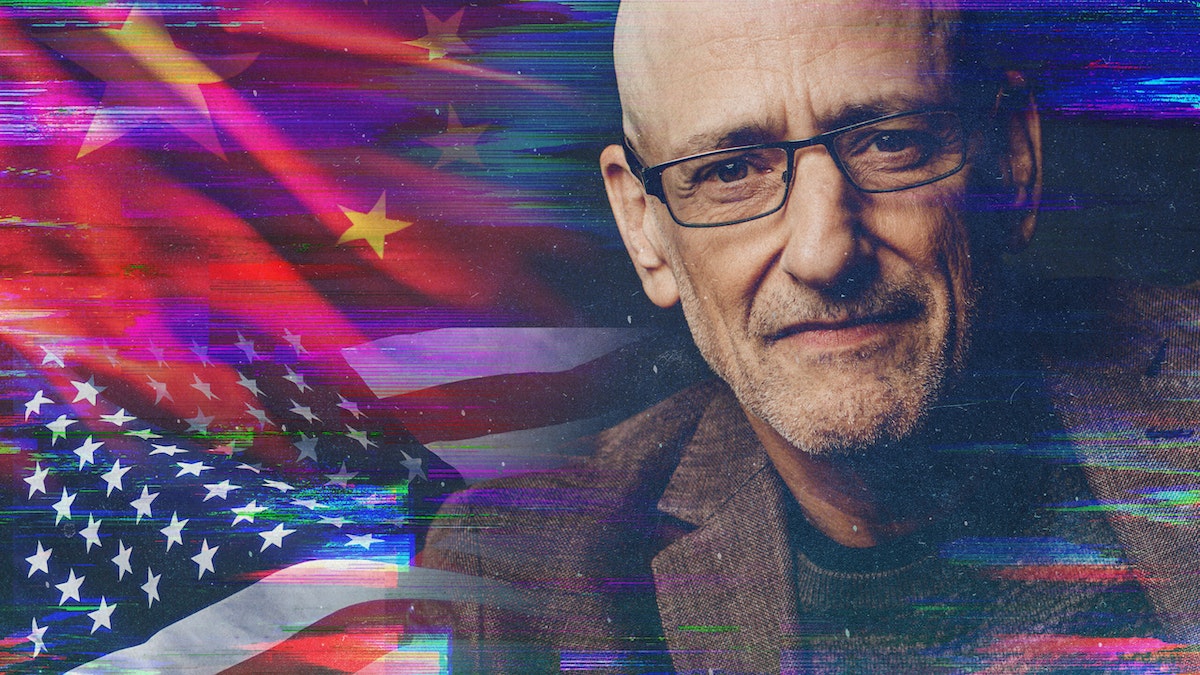 This is the opening monologue of a satirical slam. “The Andrew Klavan Show.”

CNN’s Christiane Imapoor Journalist spoke to her audience directly on camera. [quote] “Listen, Mr. Soros, there is absolutely no similarity between the Biden case and the Trump case at all. Trump illegally stashed hundreds of classified documents at Mar-a-Lago, the sort of white supremacist luxury hotel where no BIPOC could possibly afford the price of even a simple lobster salad, which is totally racist, though the citrus vinaigrette dressing is, I admit, delicious. Biden, on the other hand, by pure accident, left nine or ten documents safely under lock and key at the Penn Biden Center for Global Engagement, a perfectly secure and respectable Chinese Communist front operation. And okay, there were also a few documents in his garage, some in his house, a harmless page or two in the apartment of Hunter Biden’s mistress, Fang Fang Jinping, and perhaps an idle scribble in the completely sealed pouch stuffed inside the hollow plastic stone that makes up part of the secret dead drop outside the Shanghai Spice restaurant, conveniently located across the street from the Chinese embassy, in case anyone there would like some kung pao chicken with his classified documents. What’s more, whereas Trump kept his heinous crime secret from anyone who didn’t happen to be looking at his social media feed, President Biden was completely transparent and immediately told the press absolutely everything as soon as the midterms were over and an anonymous source had already leaked the story to CBS. In fact, the President was so transparent, that even after he had told the press absolutely everything, he went on to tell them even more things when it turned out more documents had been found that he hadn’t told anyone about when he told them absolutely everything. The president has pledged he will continue to be transparent and tell even more things every single time it becomes impossible to avoid it.” [unquote]

Democrats and the other cases of suppurating boils in the buttocks journalists were quick to point out the differences.

Miss Jean-Identity Hire pointed then behind the media corps and shouted. “Look over there, Prince Harry is exposing his frozen penis to that enormous Lizzo woman.”After the reporters turned their attention to Miss Jean-Identity, Miss Jean quickly fled the room screaming Mandarin. “Start the engine, Fang Fang, here I come!”

On The View, a show that acts as a kind of marriage therapy by making husbands thank the Lord they’re not married to one of the women on the View, View Host and raven-voiced idiot Joy Behar said, [quote] “Look, we all know Donald Trump is a liar whereas Biden is as honest as any other award winning PhD who faced down Corn Pop before getting arrested for marching with Martin Luther King. So when Donald Trump takes classified documents, we know he’s up to no good, but when Biden takes classified documents, we can be absolutely certain we’ll soon be in a nuclear confrontation with Russia to pay the Ukrainians back for all the sweet graft they paid to Hunter, which is only fair, since Biden got ten percent.” [unquote]

Both scandals continue to unfold as the FBI agents who raided Mar-a-Lago to seize Trump’s papers at gunpoint go about filing those papers in the National Archives under T for Totally Unimportant. The agents swear they will also vet Biden’s papers very carefully as soon as they catch up with Fang Fang and get them back.

Andrew Klavan Is the host of The Andrew Klavan Show at The Daily Wire. Klavan, who is a well-known political satirist as well as a screenwriter for Hollywood, has also been awarded the prestigious title of bestselling novelist. Be sure to order his new novel today: A Strange Habit of Mind, book two in the Cameron Winter Mystery series.

The views expressed in this satirical article are those of the author and do not necessarily represent those of The Daily Wire.