After Manuel Esteban Paez Teran (26), an activist was reportedly refusing to comply with authorities’ demands on Wednesday, police allegedly shot at Atlanta Public Safety Training Center troopers and fired at them.

“An individual, without warning, shot a Georgia State Patrol trooper,”Michael Register from Georgia Bureau of Investigations spoke earlier in the week to reporters. “Other law enforcement personnel returned fire in self-defense and evacuated the trooper to a safe area. The individual who fired upon law enforcement and shot the trooper was killed in the exchange of gunfire.”

Teran, an activist against the City of Atlanta’s Public Safety Training Center was killed. His fellow activists pledged to continue protesting against police and the center after his death.

The protest began peacefully on Saturday before spiraling into chaos, according to FOX 5.

ATLANTA: PROTESTERS CALL OUT FOR “VIOLENCE” AGAINST POLICICE, DUE TO SHOOTING LEAVES ONE DEAD, THE OFFICER INJURED

Photographs show that the activists set fire to an Atlanta PD car and also targeted the Atlanta Police Foundation.

On an 85-acre site known as “The Planned Facility”, activists had camped out. “Cop City”Recent protests have been held against the proposed training center. After Teran was killed by police on Wednesday after he tried to clear the land of protesters, the group pledged to carry their demonstrations.

The account, Scenes From the Atlanta Forest on Twitter asked for an. “Night of Rage”To put into effect “reciprocal violence to be done to the police and their allies,”Refer to the post.

“Consider this a call for reciprocal violence to be done to the police and their allies. On Friday, January 20th, wherever you are, you are invited to participate in a night of rage in order to honor the memory of our fallen comrade,” the group wrote on Twitter, in an apparent violation of the platform’s terms and conditions.

Clique to get the FOX NEWS app

This story is breaking and will continue to be updated. 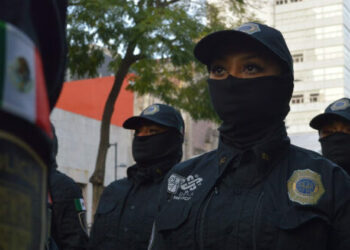