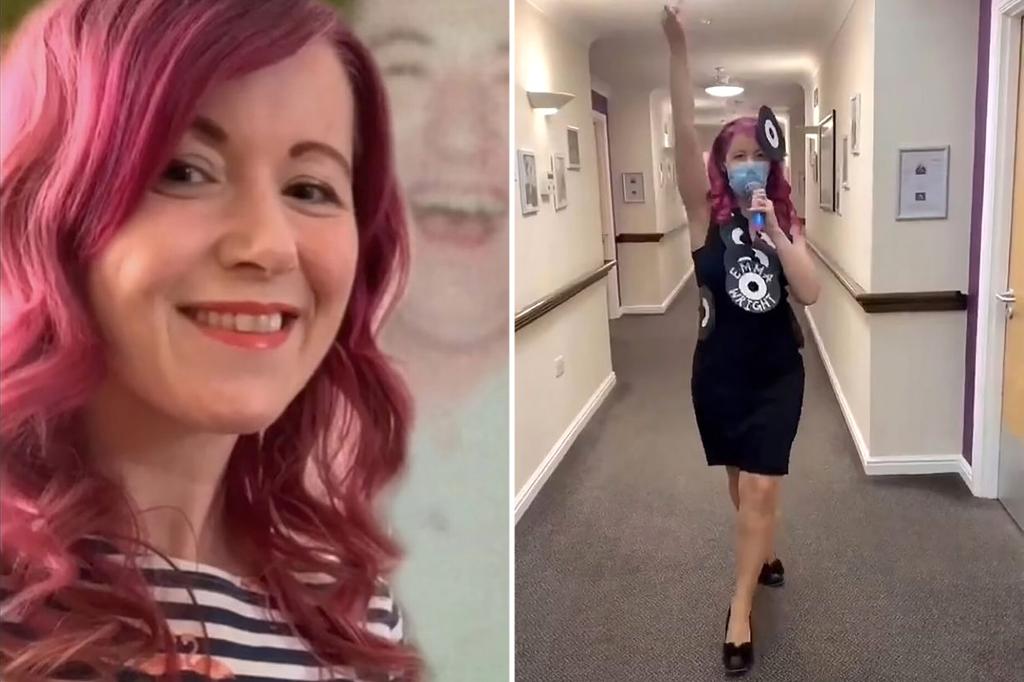 A high school teacher has been fired from her job after she let female students take topless photos for an art project.

Emma Wright, 41, was working as an art teacher at Huxlow Science College in Northamptonshire, England, back in 2017 when the classroom photoshoot took place.

According to The Sun, Wright let girls as young as 15 take “partially naked” pictures of themselves and other female students.

In some of the photos, the pupils purportedly used bottles of alcohol and their hands to cover their breasts. In other images, the girls allegedly made offensive gestures while smoking and wearing their school uniforms.

Wright blasted her termination as an “injustice,” telling The Sun: “I am a good person. I am not the person they are making me out to be.”

She added that the Teaching Regulation Agency — which removed her from the teaching register for two years — “have not got an understanding of art in education.”

Wright was first reported to the TRA after her school’s head of design discovered one student’s art portfolio containing the potentially problematic pictures.

An investigation by the agency found that Wright had a “good history” teaching at Huxlow Science College, where she had been employed since 2004.

However, they deemed the photoshoot “highly inappropriate.”

“Whilst the panel was satisfied that there was a low risk of repetition, it did not find that Mrs. Wright had fully reflected on the safeguarding implications of allowing pupils to take photographs of themselves or others in a state of undress,” the agency wrote in their report.

They barred Wright from teaching at any school for two years.

However, the art teacher has blasted back and never wants to enter a classroom again — saying she has been misrepresented by the TRA.

“I feel there is a deep injustice about it, but I am not going to appeal because I no longer wish to teach,” Wright told The Sun, saying she is now employed at a nursing home. “I have written to my MP [local political representative], the union and the education minister regarding this.

“I really feel very strongly about it. I am really quite upset about it. It is a position I never thought I would be in,” she added.

Wright told the publication that she has no ill will toward the students, describing them as “wonderful.”

“I am hoping the local community are as shocked as I am, and as sad and angry,” she stated. “They know me. I have taught in that school for a long time.”