After a record-breaking storm, Buffalo snowfall in Bills Stadium is as high as QB Josh Allen. 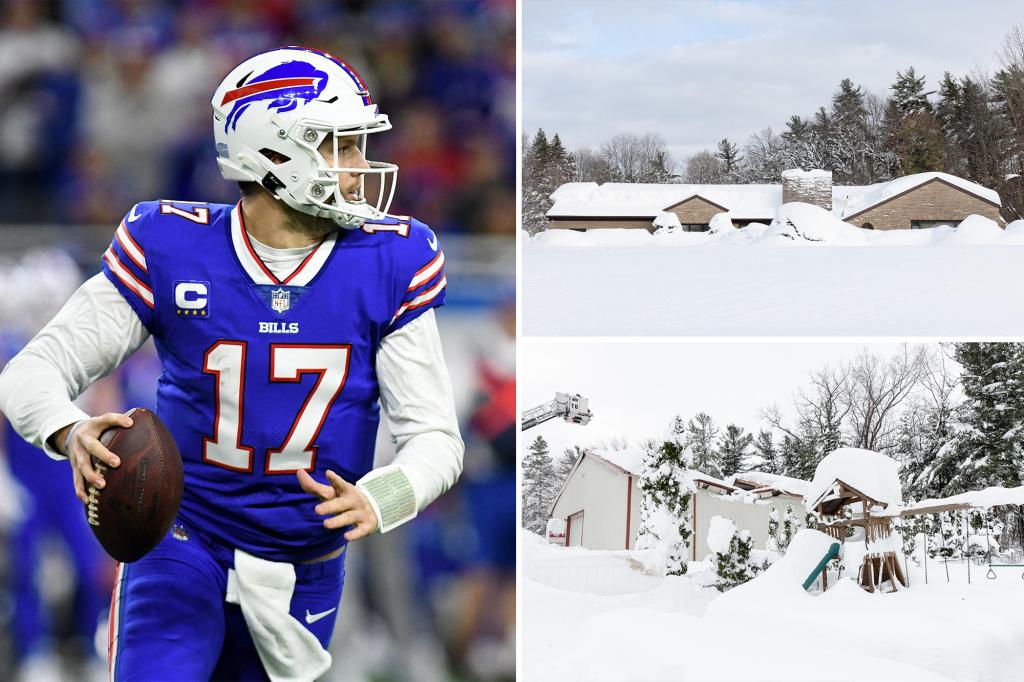 It’s a good thing the Buffalo Bills moved their Sunday game to rival Detroit — the colossal amount of snow dumped on the region was as tall as star team quarterback Josh Allen.

The 77 inches of snow that piled up outside the Bills’ stadium was equal to Allen’s 6-foot 5-inch height — and taller than all but five other players on the New York team’s roster, WIVB noted.

Orchard Park, the Erie County village that’s home to the stadium, was one of the hardest-hit areas in last week’s blizzard-geddon, according to the National Weather Service.

Because of the severe snowfall, the Bills’ home game against the Cleveland Browns was moved to Detroit’s Ford Field.

The New York team tweeted a clip of their journey out of Buffalo to make it to Sunday’s game, writing, “Snowshoes. Snowmobiles. Snowplows. We found a way to get to Detroit.”

“I want to say thank you to the Buffalo Bills for not having a game on Sunday, because all those assets we would’ve had to redeploy there would’ve caused a lot of problems,”He said.

NFL Rep Brian McCarthy said in a tweetThursday’s announcement stated that the relocation was done solely to protect the safety of the community.

“This was a RECORD-BREAKING storm … the relatively quick recovery is a testament to everyone’s preparation and planning,” Poloncarz tweeted. “The proactive approach continues to work.”

Late Saturday evening, the National Weather Service in Buffalo issued a special weather statement warning that a band of heavy snow accompanied by high winds had created a “burst of snow.”

According to the Weather Service, there is a Winter Weather Advisory in effect for this area until Sunday night.

Gov. Kathy Hochul asked for a federal declaration of emergency to provide additional assistance to 11 counties that were currently under emergency following the storm.