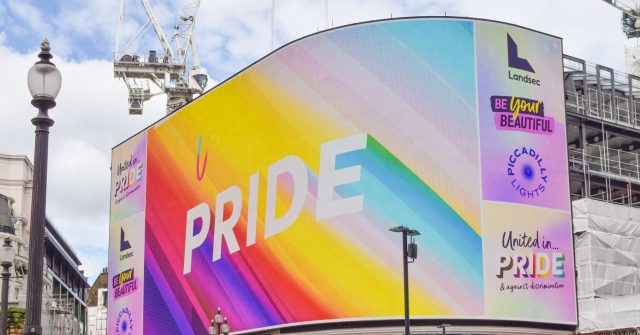 UK civil servants have been told that the terms “female” and “woman” simply cannot be defined, and that definitions given of “adult human female” for the latter can be “transphobic”.

According to devout adherents of transgenderism within the civil service, the permanent government which runs the country regardless of who controls parliament, the terms “female” and “woman” cannot be defined, with certain definitions of the latter word sometimes constituting “transphobic” slights.

Militants within Whitehall are also noted as claiming that gender is something that is “randomly” “assigned at birth”, and that while gender identity is supposedly as inherent in a person as ethnicity, it is fluid, sitting somewhere on the scale between “woman-ness” and “man-ness”.

According to a report by The Times, pro-transgenderism mandarins within the ‘A:gender’ group pushed these messages and more onto their fellow workers in a number of video lectures presented to those working within the halls of the British state.

Reportedly presented by a person who defined themselves as “intersex”, the videos denounced the definition of “woman” as being an “adult human female”, saying that it had been adopted by a “prominent anti-trans organisation”.

The videos also reportedly ordered government staff to refer any suspected instance of “transphobia” to their “trans colleagues”, for fear that “when you hear something is transphobic, you might not recognise it is transphobic”.

“What horrified me so much is that for anyone at the heart of the civil service interested in supporting transgender people, this is the education they are getting,” said one unnamed insider who was reportedly subjected to the A:gender course.

“Civil servants are then implementing legislation and government directives,” the mandarin continued. “They sign up for these courses and get told what to think”

The revelation follows previous reporting that those within the British civil service have been told to recognise over 100 genders as part of their pro-trans agenda, as opposed to police forces within the country, which can sometimes recognise up to around 67.

What is more, those working within the British deep state have been instructed that people can change their gender identity on a day to day basis, with official human resources guidelines mandating the use of pronouns such as ze/zir.

Gendered terms such as mother, father, ladies, gentlemen, and even reportedly ‘his’ have also been rendered verboten by senior bureaucratic ideologues.

“I was hired to do trade policy and yet the taxpayer pays me to waste 20 per cent of my corporate work time on this crap,” one anonymous civil servant was reported to have said, while others complained about the”absurd” claim that their coworkers could “self-identify as their opposite sex”.