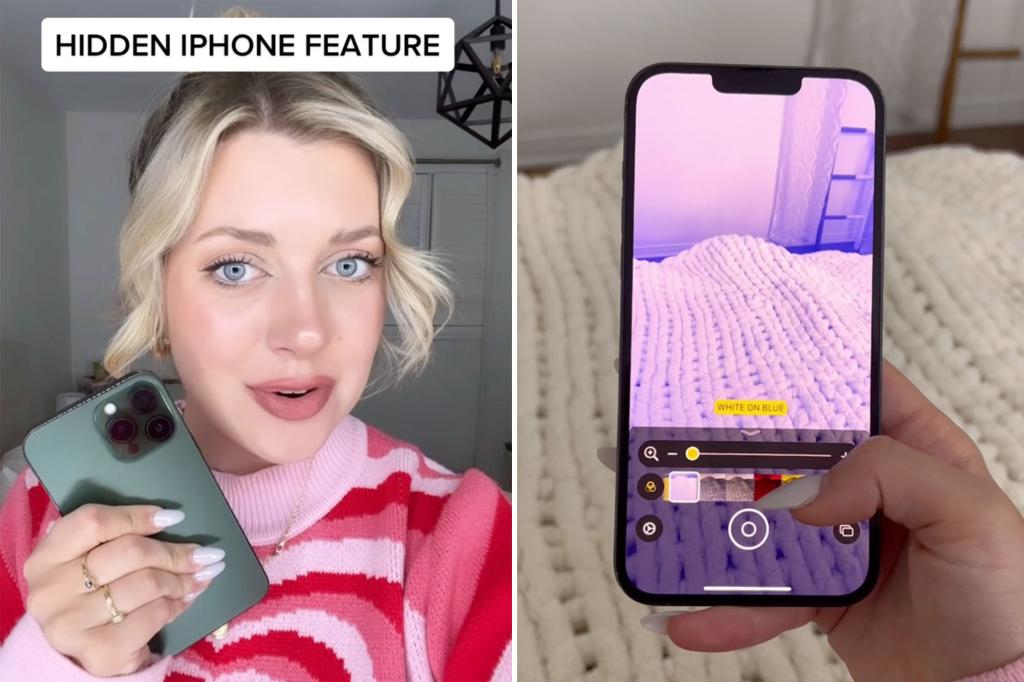 Your iPhone has a hidden camera feature that’s almost certainly passed you by.

The magnifier tool uses your iPhone’s built-in camera to zoom in on text or objects so that you can see them more clearly.

Magnifier has been around for years but was highlighted in a recent video posted by TikTok tech guru Katarina Mogus.

The idea is that people with visual impairments can use it to make their lives easier, but it’s actually really useful for general users too.

“It uses the camera on your iPhone to increase the size of anything you point it at, so you can see the details more clearly.

“Use the flash to light the object, adjust filters to help you differentiate colours, or snap a photo to get a static close-up.”

First, you’ll need to open up your Settings app.

Then tap Accessibility, followed by Guided Access, which is at the bottom of the page.

Turn Guided Access On and then head back to the Accessibility settings page.

Now, whenever you triple-tap your iPhone display, you’ll open the Magnifier tool.

This will launch a version of the camera app that’s very zoomed in.

You can control the level of zoom using a slider at the bottom of the page, depending on how close you want to look.

There’s also the option to take still images using the magnifier, so you don’t have to hold your phone over the text you’re trying to read.

You can change the colour and brightness of the image you’re viewing, and also activate the flash – which is handy in the dark.

Accessibility features are primarily designed to help out the mentally or physically impaired.

However, they can be handy for able-bodied users, too.

You can use accessibility tools to set up spoken commands to perform a number of tasks.

These include opening the control centre, going to the home screen, opening specific apps and more.

You can even use the feature to dictate and edit text using your voice.

Other accessibility features in iOS include VoiceOver, which reads websites or text messages aloud, and Assistive Touch, which gives places a digital Home button on your display.

This story originally appeared on The Sun and has been reproduced here with permission.