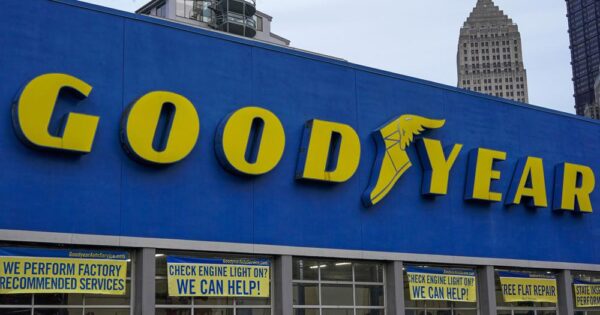 Goodyear has agreed to recall more than 173,000 recreational vehicle tires that the U.S. government says can fail and have killed or injured 95 people since 1998.

Goodyear’s G159 tires have been under investigation by the National Highway Traffic Safety Administration since December of 2017. On Tuesday the agency posted documents on its website saying that it had pressured the company into a recall. The last of those tires were made and sold 19 years ago.

Did You Know This About Coffee? [Sponsored]

Documents say the tire tread can separate from the body, causing drivers to lose control and increasing the risk of a crash.

The agency began investigating the tires nearly five years ago after a judge ordered the release of Goodyear data that had been sealed under court orders and settlement agreements.

Lawsuits and safety advocates allege that the tires were designed for delivery trucks and not for recreational vehicles that travel at highway speeds. They allege that Goodyear kept the problems secret for years by settling cases and getting judges to seal records.

The tires were made from 1996 to 2003. The death and injury numbers were revealed in a 2018 information request letter to the Akron, Ohio, company. The agency did not specify how many people were killed in crashes involving the tires.

Goodyear Tire & Rubber Co., based in Akron, Ohio, denied that the tires have a safety defect and said Tuesday that few, if any, are still on the road. The company said it’s doing the recall to address risks that happen when the tires are underinflated or overloaded on motorhomes.

“This tire hasn’t been made since 2003, it consistently met Goodyear’s demanding safety standards, and we have not received an injury claim related to the tire’s use on a Class A motorhome in more than 14 years,” Goodyear said in a prepared statement.

Documents show that the government safety agency sent Goodyear a letter requesting a recall of the 22.5-inch diameter tires on Feb. 22 of this year, and the company declined the request on March 8. But Goodyear later agreed to the recall “to address concerns that some of these tires may still be in the marketplace or in use.”

NHTSA must hold a public hearing and then go to court to force a company to do a recall.

Goodyear will replace the tires with a newer model at no cost to RV owners. Owners of tires used on other vehicles can exchange them for $500.

Goodyear said in government documents that the RV makers who used the tires are no longer in business, so it does not have access to registration data for the RVs with the faulty tires.

NHTSA issued a statement urging anyone who owns, rents or uses and RV or truck with 22.5-inch rims to make sure that G159 tires are not on the vehicles. “If their vehicle has these tires, they should have this recall completed as soon as possible,” the statement said. The agency said it found that the tires experienced a high failure rate when compared to similar tires.

Michael Brooks, acting executive director of the nonprofit Center for Auto Safety, said the Goodyear case is one that exposes every flaw in the system designed to keep unsafe tires and vehicles off the roads.

“Sealing off the documentation that there is a distinct threat to public safety should be against the law,” said Brooks, who added that several states have such laws.

He said NHTSA should have acted much sooner after getting a solid case from attorney David Kurtz in a lawsuit against Goodyear.

“I think that the documents that were handed to them at the beginning of the investigation were enough to reach a very quick conclusion,” said Brooks, whose organization sued to get an Arizona judge to release lawsuit documents against Goodyear.

Goodyear, he said, put up a huge fight. “There was a lot of cat-and-mouse going on with Goodyear on this issue,” Brooks said. “They’ve effectively drawn out this defect process so long that they’re not going to have to replace many tires, and that was the ultimate goal, to preserve profits.”

NHTSA’s statement did not address why it took more than five years for the agency to seek a recall in the case.

Goodyear’s statement said the RV manufacturers who picked the G159 tire for their motorhomes were responsible for communicating appropriate load limits to their customers.

Sponsored: Can marijuana help with pain?

The manufacturers that would have been responsible for such communications are no longer in business, the statement said.