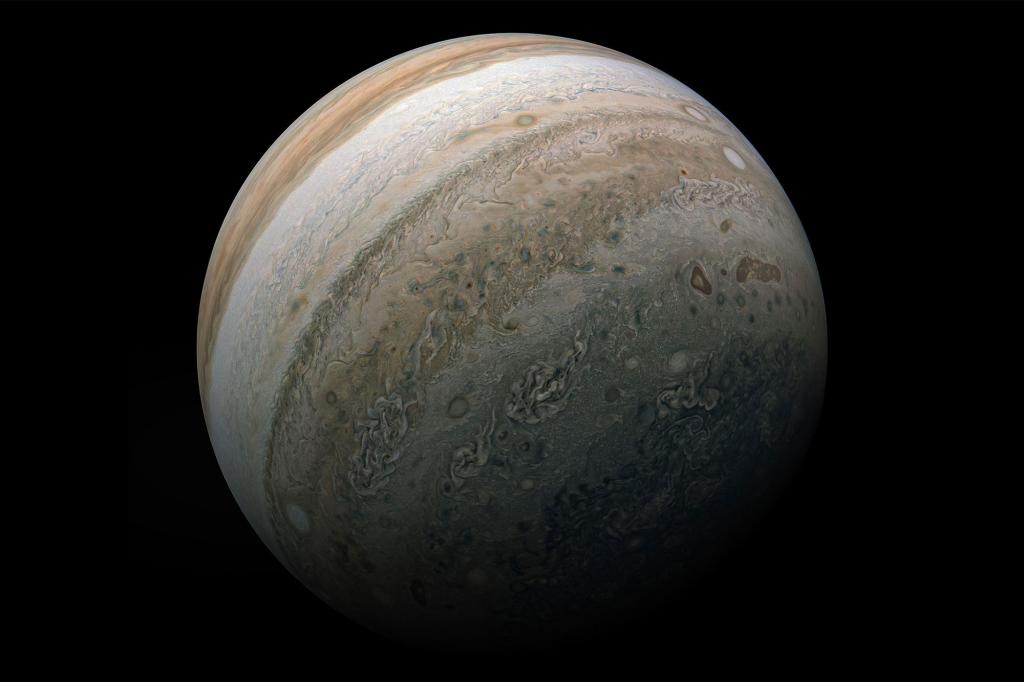 The reason why Jupiter’s mass is twice as much as every other planet in our solar system combined might be pretty simple.

It ate up the other smaller ones.

A new study, using data from NASA’s Juno mission, aims to learn more about Jupiter’s origins, as the recent investigation revealed that its mysterious core is even more massive than previous models had predicted it would be.

Researchers noted a few possible scenarios to explain how Jupiter formed. Two commonly held theories have Jupiter coming together out of swirling clouds of gas that implode to create a dense center — similar to how a star first comes together — or through coalescing collisions of rock and ice that eventually grew to planetary status.

Problem is, no one’s sure what Jupiter’s core even looks like — is it rock or a heavy cloud of elements? And they can’t exactly land anything on it to find out. “There is no unique solution for Jupiter’s internal structure,” researchers wrote in the new report, published in the journal Icarus.

NASA’s Juno spacecraft has been collecting images and information about Jupiter’s inner workings since 2016, but scientists have only just begun to parse the data.

The latest findings delivered confounding evidence that Jupiter’s core region makes up three times as much of its body as previously thought. Older theories expected its middle to take up about 10% of the planet’s total mass. Actually, they found, it’s closer to 30%.

That’s much heavier than the former two hypotheses projected — both of which were based on the pretense that Jupiter was made up mostly of lightweight helium and hydrogen. But researchers have now come up with a new theory — that it gobbled up baby planets, called planetesimals. This could explain how it would end up with such a dense core, namely because it was amassing many smaller, dense cores.

A less-favored explanation in the report described a possible crash with a giant rocky body that may have left a load of heavy metals behind.

Researchers have said the new hypothesis would have implications for further research. They already know that Jupiter’s gravitational pull has had an effect on the formation of nearby planets.

“Jupiter was the most influential planet in the formation of the solar system,” said researcher Yamila Miguel, an astrophysicist at Leiden University in the Netherlands, according to Live Science.

The report could add to the understanding of how gas giants form and, perhaps, how they prevent other potential planets from forming.

Miguel said future high-resolution observations of the gaseous giant, such as those coming from NASA’s Juno, will be key to unpacking the planet’s past.

“Because we cannot directly [terrestrially] observe how Jupiter was formed we have to put the pieces together with the information we have today,” Miguel told Live Science. “And this is not an easy task.”

McConnell: Biden “Has a history of negociating in connection with the debt ceiling” — He did it in 2011