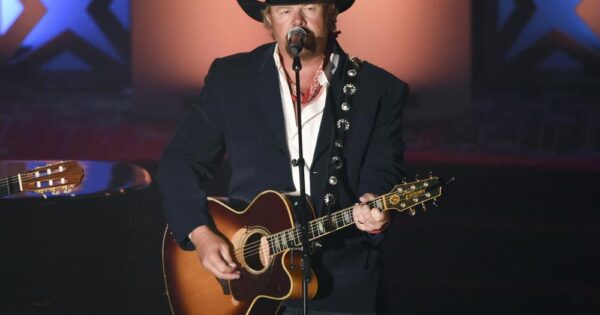 Country music star Toby Keith announced Sunday that he has been undergoing treatment for stomach cancer since last fall.

The multi-platinum-selling singer said on Twitter that he underwent surgery and received chemotherapy and radiation in the past six months.

“So far, so good,” said Keith, an Oklahoma native who turns 61 on July 8. “I need time to breathe, recover and relax.

“I am looking forward to spending this time with my family. But I will see the fans sooner than later. I can’t wait.”

The status of Keith’s performances for the remainder of this year wasn’t immediately clear. His next performance is scheduled for June 17 in Wheaton, Illinois, according to his website. After Keith’s announcement, the Ohio State Fair announced that his July 28 concert in Columbus, Ohio, has been canceled.

Keith’s publicist, Elaine Schock, said in an email Sunday night that some tour dates will be canceled, “but I’m not sure how many at this point.”

Keith’s foundation has assisted children with cancer since 2006.