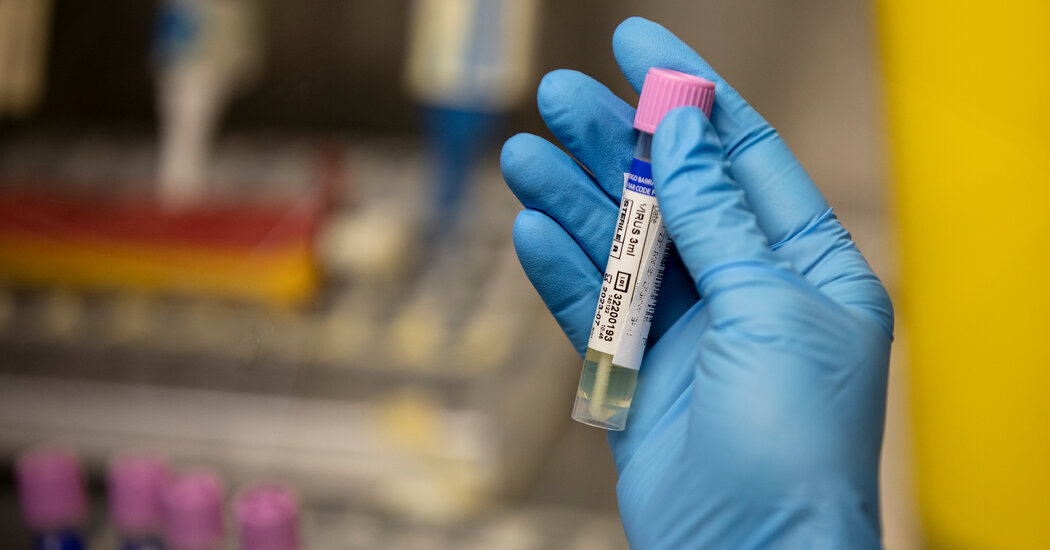 GENEVA — The World Health Organization’s top official in Europe on Wednesday called for urgent action by the authorities and civic groups to control fast-rising cases of monkeypox that he said posed a real risk to public health.

Europe has emerged as the epicenter of an outbreak of monkeypox, with more than 1,500 cases identified in 25 European countries, which account for 85 percent of global cases, the official, Dr. Hans Kluge, the W.H.O.’s director of its European region, said at a news conference.

The W.H.O. will convene its emergency committee in Geneva next week, Dr. Kluge added, to determine if the outbreak constitutes a public health emergency of international concern, a formal declaration that calls for a coordinated response between countries.

“The magnitude of this outbreak poses a real risk,” Dr. Kluge said. “The longer the virus circulates, the more it will extend its reach, and the stronger the disease’s foothold will get in nonendemic countries.”

Monkeypox is a viral infection endemic in West Africa, but it has now spread to 39 countries, including 32 that have no previous experience of it, the W.H.O. director, Dr. Tedros Adhanom Ghebreyesus, told reporters on Tuesday. Countries outside Africa and Europe that have identified cases of monkeypox include Australia, Brazil, Canada, Israel and the United States.

Infections mostly result from close physical contact and has mainly affected men who have sex with men, but it can also spread through respiratory droplets in prolonged face-to-face contact, Andrea Ammon, director of the European Center for Disease Prevention and Control, said at the news conference on Wednesday. Monkeypox cases have also been found among close family members, but the risks of transmission among the general population, Dr. Ammon said, were “rather low.”

Monkeypox is not attached to any single social group, Dr. Kluge said, cautioning that stigmatizing the virus as a gay disease would undermine efforts to develop an effective public health response, as it had in tackling H.I.V. and AIDS.

The W.H.O. has recorded 27 deaths from the disease in Africa this year but none in Europe. Infections are mostly mild and do not require hospitalization, but people in close contact with those infected with the virus should also isolate for 21 days.

Dr. Kluge repeated his fears that the spread of monkeypox might accelerate during the summer months in Europe when hundreds of Pride events, music festivals and other mass gatherings will be held, but he said that monkeypox was not a reason to cancel events. The gatherings provided a valuable opportunity to raise awareness of the disease, he said, urging event organizers, local communities and dating apps to provide clear messaging on how to prevent or deal with the illness.

Dr. Kluge called for urgent action by European countries to scale up surveillance, diagnostic testing and genetic sequencing, and tracing the contacts and sexual partners of infected people. The W.H.O. has released emergency funds to bolster laboratory capacity for identifying the monkeypox virus in countries that lacked it, he said.

What to Know About the Monkeypox Virus

What is monkeypox? Monkeypox is a virus endemic in parts of Central and West Africa. It is similar to smallpox, but less severe. It was discovered in 1958, after outbreaks occurred in monkeys kept for research, according to the Centers for Disease Control and Prevention.

What are the symptoms? Monkeypox creates a rash that starts with flat red marks that become raised and filled with pus. Infected people may also have a fever and body aches. Symptoms typically appear in six to 13 days but can take as long as three weeks after exposure to show, and can last for two to four weeks. Health officials say smallpox vaccines and other treatments can be used to control an outbreak.

How infectious is it? The virus spreads mainly through body fluids, skin contact and respiratory droplets, though some experts suggest that it could occasionally be airborne. Typically it does not lead to major outbreaks, though it has spread in unusual ways this year, and among populations that have not been vulnerable in the past.

Should I be worried? The likelihood of the virus being spread during sexual contact is high, but the risk of transmission in other ways is low. Most people have mild symptoms and recover within weeks, but the virus can be fatal in a small percentage of cases. Studies also suggest that older adults may have some protection from decades-old smallpox vaccinations.

But mass vaccination is not recommended, Dr. Kluge said, echoing comments by Dr. Tedros on Tuesday, and he underscored concerns that rich countries would repeat the mistakes of the Covid-19 pandemic and quickly monopolize the limited stocks of vaccine.

Dr. Tedros said that the W.H.O. was working with member states to develop an initiative that would ensure more equitable access but, according to Dr. Kluge, “We’re already seeing a rush in some quarters to acquire and stockpile these.”

The W.H.O. is also working with experts to come up as soon as possible with another name for monkeypox and the disease it produces, Dr. Tedros said on Tuesday.

The present name is “misleading and stigmatizing,” Christian Lindmeier, a W.H.O. spokesman, said on Wednesday. Preliminary research points to the possibility of undetected human-to-human transmission for some years, but the existing name, he said, could encourage the erroneous belief that people are not susceptible to infection unless exposed through contact with Africa or the animals associated with it.