Whoopi Goldberg on Trump: ‘I’m Thinking Him Into Jail’ 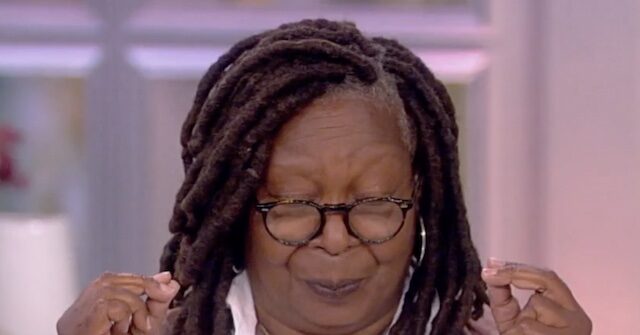 Whoopi Goldberg told her co-hosts Thursday on ABC’s “The View”She was trying to send former President Donald Trump to jail. “thinking about it.”

On Fox News Wednesday night, Trump said, “If you’re the president of the United States, you can declassify just by saying, ‘It’s declassified.’ Even by thinking about it. It is because you’re sending it to Mar-a-Lago, or wherever you want it. There doesn’t have to be a process.

Goldberg closed her eyes after the video and pressed her fingers together.

Co-host Joy Behar asked, “What are you doing, Whoopi, thinking about it?”

Sunny Hostin, co-host of the show said “Because you can just think about the stuff and stuff will happen.”

Behar said, “He exaggerates everything. The crowd is enormous.”

Elle added: “He’ll go to jail and be, like, it’s the biggest, most beautiful cell I’ve ever been in. 14,000-square-foot cell I’m in—one more thing. You know, when Rosie O’Donnell went after him, everybody remembers that, right? The thing that got him really ticked off not the hair thing. He didn’t care about that. It was because she went after the money. She said he doesn’t have the money. He’s a liar and an exaggeration, and that made him so vicious. He was like a vicious animal. He really was.”