‘The Office’ Star Rainn Wilson Apologizes for ‘Chestfeeding’ Trans Joke: I Contributed to ‘Misinformation and Meanness’ 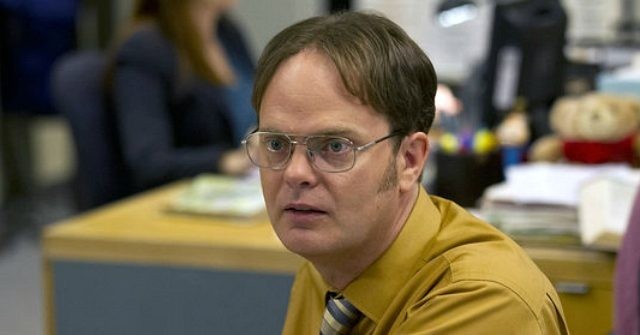 NBC’s The Office star Rainn Wilson has publicly apologized for tweeting out a transgender joke about “chestfeeding,” saying he didn’t mean to contribute to “misinformation and meanness.”

Rainn Wilson tweeted out his since-deleted joke on Wednesday. “TIL [Today I learned] you can no longer say ‘nursing or breastfeeding mother’ you have to say ‘chestfeeding person.’ Just FYI.”

“Chestfeeding” is a gender-neutral term popular within the transgender community that refers to the act of feeding a baby milk from one’s chest. The term is especially prevalent among “transmasculine” and  female-to-male transgenders who have recently given birth but who no longer identify as women.

“After speaking with some Trans friends and educating myself a bit more I want to apologize for the tweet,” he wrote. “It was adding to misinformation and meanness. I’m sorry.”

Yesterday I tweeted a mean crack about breastfeeding vs chestfeeding. After speaking with some Trans friends and educating myself a bit more I want to apologize for the tweet. It was adding to misinformation and meanness. I’m sorry.

Wilson’s original joke may have been inspired by a recent U.K. public health service guide that encouraged more inclusive language for trans parents,  according to a report from the Daily Beast.

Rainn Wilson once tweeted that the “biggest threat” to the American people are “angry white men with guns.” He is also a climate change activist, having recently co-hosted  a documentary series with Sweden’s environmental activist Greta Thunberg.