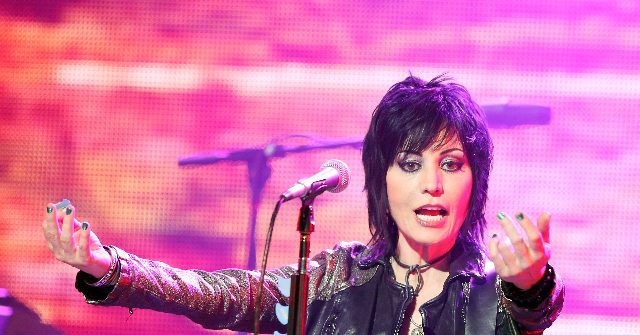 Talking for the animal rights extremist group PETA, the Nineteen Eighties rock star accused SeaWorld of animal abuse, based on Consequence of Sound.

“SeaWorld has caused public outrage by continuing to forcibly breed bottlenose dolphins and beluga whales in order to create generations of animals who then suffer in cramped tanks, deprived of any semblance of a natural life,” Jett mentioned throughout her ready remarks.

Jett went on to accuse the group of raping dolphins with its insemination program.

“In the park’s breeding program, unwilling female dolphins are taken from the water and sometimes even drugged so they can’t fight back while SeaWorld staff thrust tubes filled with semen into their uteruses,” she exclaimed. “Some must endure this process repeatedly, only for their babies to die or be taken away and shipped off to other marine prisons.”

“We can all agree that sexually abusing dolphins and whales who must carry out their forced pregnancies is disrespectful to these forms of intelligent life, heedless of these wonderful animals’ rights, and just plain wrong,” the “I Love Rock and Roll” singer added.

“My question is this: When will SeaWorld end its sordid breeding program?” she concluded.

Jett has been attacking SeaWorld at the least since 2013 when she despatched the park a stop and desist letter demanding that they cease utilizing her music.

Jett has been a rabid animal rights activist for years and was even faraway from the South Dakota tourism board float for the 2013 Macy’s Day Thanksgiving Parade as a result of the state’s cattle ranchers had been livid {that a} veegan animal rights extremist was representing them on the float.