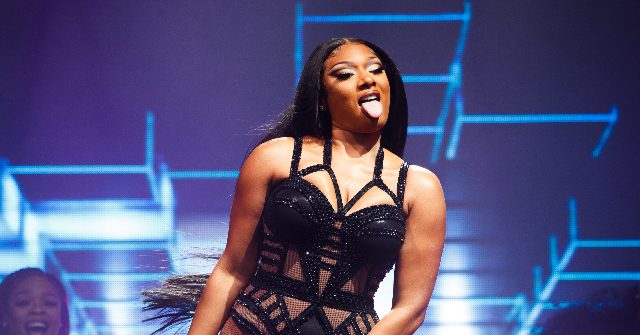 Rapper Megan Thee Stallion took a moment out of her concert at the Primavera Sound Festival in Barcelona, Spain, to attack Texas politicians for their latest abortion law.

The “Wet Ass Pussy” rapper urged the foreign audience to raise their middle fingers in the air and damn Texas for Senate Bill 8, the Lone Star State’s latest law that makes abortion illegal after six weeks of pregnancy.

.@TheeStallion gets the Barcelona Hotties to give the middle finger to anti-abortion politicians in Texas. pic.twitter.com/08qhDQFUHz

Megan Thee Stallion has been a pro-abortion activist for some time and recently joined an abortion “rights” petition campaign. The petition pushed by a large number of entertainers in cooperation with Planned Parenthood reads, “We are Artists. Creators. Storytellers. We are the new generation stepping into our power. Now we are being robbed [of] our power. We will not go back — and we will not back down.”

The rapper also used this same “middle finger” stage stunt to attack Texas abortion laws back in October of last year when she demanded that an audience at the Austin City Limits Music Festival raise their middle fingers to blast Texas politicians.

“This middle finger is also to these motherfucking men that want to tell us what the fuck to do with our body,” the profane rapper said from the stage. “Cause how the f*ck you gonna tell me what to do with my motherfucking body? Drop that shit.”

Last June, the rapper also blasted the GOP in a raunchy music video. In her tune “Thot Shit,” Stallion portrayed a Republican politician physically assaulted by dancers in the video before his face was forcibly altered surgically to turn his mouth into a vagina.

Megan Thee Stallion is far from the only member of the elite world of entertainment. Other loud activists screaming for the “right” to kill babies include Billie Eilish, Bette Midler, Alyssa Milano, and many others.