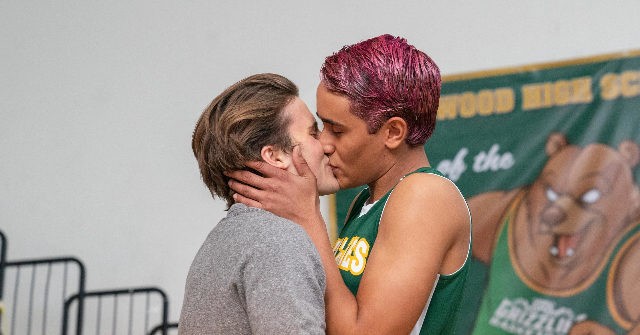 The showrunnner of the gay teen high school rom-com series Love, Victor has praised Disney’s decision to move the show to Disney+ after first releasing it on Hulu, saying the family-friendly streaming service will give the show a bigger audience.

Disney reportedly developed Love, Victor for Disney+ but ultimately chose to release it on Hulu, which is geared for older viewers, due to the show’s frank depiction of gay teen sexuality.

Starting today, the entire series, including the third and final season, will be available on both streamers.

“We’re excited to be on Disney+. It expands our audience in a really exciting way. Disney+ is a huge platform,” Tanen told Indiewire before segueing to the Florida law.

“I also think it’s especially meaningful in the current political climate, where state governments especially are enacting these really terrible and draconian laws, where they’re trying to suggest that gay topics are not appropriate for children,” he said.

“This ‘Don’t Say Gay’ bill in Florida is what I’m specifically referencing, but there’s so many laws also targeting trans people and trans youth, and behind it all is this feeling of wanting to have these things be in the shadows instead of seen.”

In this screengrab, Brian Tanen speaks during the “Love, Victor” panel at The OutFronts fan event for Pride on June 6, 2021. (Outfest 2021 via Getty Images)

He said he is excited that the gay show is now available on a streamer “that is totally affiliated with families.”

Disney CEO Bob Chapek has promised to continue fighting the Florida law, saying the company will work to get the legislation repealed.