Maher: I am ‘Sympathetic To’ People. 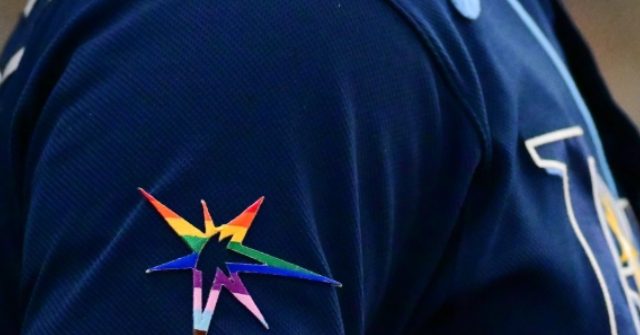 On Friday’s broadcast of HBO’s “Real Time,”Bill Maher, host of Bill Maher’s show said that he was “sympathetic” to the Tampa Bay Rays players who didn’t want to wear rainbows on their uniforms and “the idea of stop making me do things your way.” And that while he thinks Washington Commanders Defensive Coordinator Jack Del Rio’s comments on January 6 were wrong, “he has a right to be wrong” and shouldn’t be fined.

Maher declared, “There was a football coach, his name is Jack Del Rio…and he called the January 6 riot a ‘dust-up[.]’ Now, this is a very common view that he has. I would like to — if I could talk to Mr. Del Rio, I think I could probably and hopefully convince him a little bit that it was more than a dust-up. He also compares it a lot to the 2020 protests that were going on after the George Floyd murder. Okay, I think I could also convince him there are really important differences between those two things and actually the attack on the Capitol was worse. Nevertheless, he has a right to be wrong. In America, you have the right to be wrong. They fined him. The team fined him $100,000 for this opinion. Fining people for an opinion, I am not down with that.”

He stated that they had shown their readiness by showing the Commanders. “against free speech”Del Rio can be finished

Maher said, “After turning to the Rays,” that Maher had spoken with the players “gave a religious reason, which is sincere. You know me with religion, I mean, I think it’s super stupid. … I’m not sympathetic to the religion aspect. I am sympathetic to the idea of stop making me do things your way. You know what? It reminds me of ‘Mean Girls,’ we all wear pink on Wednesday, well, I don’t.”