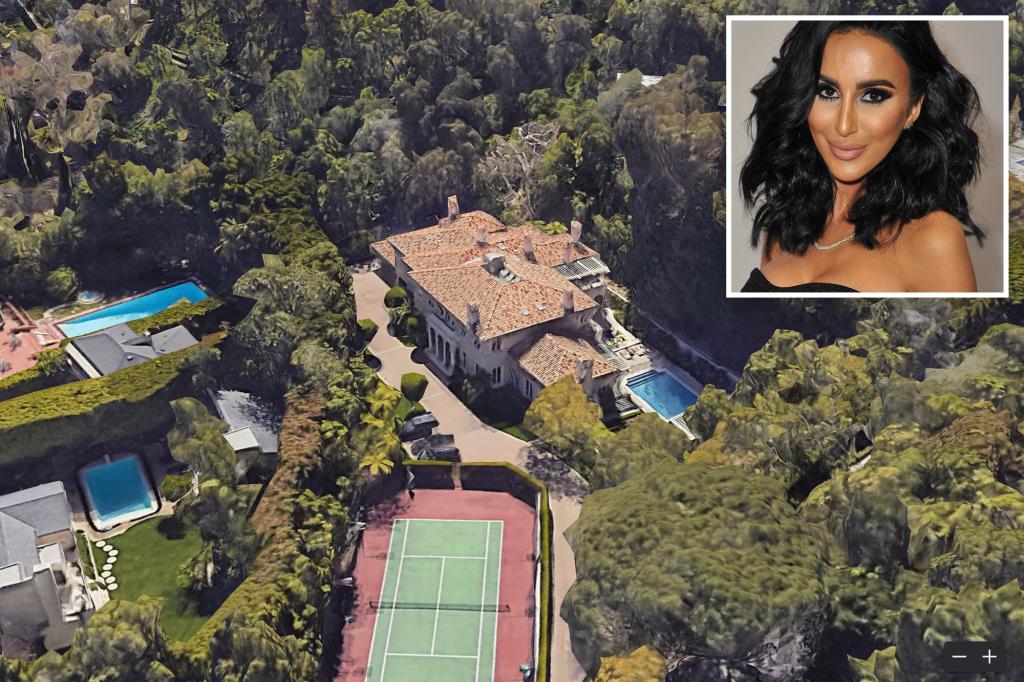 Former “Shahs of Sunset” star Lilly Ghalichi has made serious bank off the sale of her Los Angeles home — and it spent just several weeks on the market.

Ghalichi, who hails from Texas, and her husband Dara Mir listed the gated property in Bel-Air for $32 million at the end of April, according to Mansion Global. The spread entered contract in a month and closed this week for $27.7 million, the outlet added.

The pair purchased the home in April 2020 for $19.5 million — a good chunk below the $26 million it asked for sale beginning earlier that year.

Also in April of this year, Bravo axed “Shahs of Sunset” after nine seasons because it had become “too expensive” to make. (Ghalichi, however, hadn’t appeared on the series for some time.)

Ghalichi is an attorney and an entrepreneur who owns the Lilly Lashes beauty brand. Mir is the CEO of 9to5 Seating, which designs and produces office seating.

During their ownership, Ghalichi and Mir renovated the home. The work included the addition of a new kitchen, the installation of a smart home system — as well as updating all the flooring, light fixtures and bathrooms. The listing notes the six-bedroom, eight-bathroom residence has a foyer with double-height ceilings, formal and casual dining rooms, a wood-paneled den and a master suite with its own living area.

The grounds additionally include a pool, a spa and a tennis court. The estate runs a total of nearly 1.2 acres.

The spread previously belonged to automobile executive Lee Iacocca, who was known for the development of the Ford Mustang and the Ford Pinto while working at Ford, as well as for reviving Chrysler in the 1980s as its CEO. He passed away in July 2019 at age 94; Ghalichi and Mir purchased the home from his estate.

Tyrone McKillen and Andrew Hurley, of Compass, had the listing.