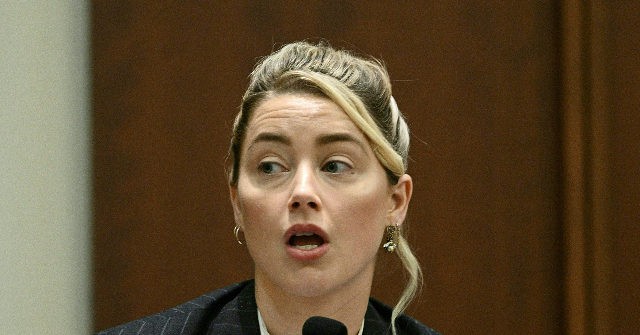 A member of the Depp vs. Heard jury said Amber Heard made him feel “uncomfortable” during the trial in which her ex-husband Johnny Depp sued her for defamation over a Washington Post op-ed she wrote in 2018.

“The crying, the facial expressions that she had, the staring at the jury — all of us were very uncomfortable,” the anonymous male juror told Good Morning America of his and other members of the jury’s reaction to Heard’s demeanor on the witness stand.
“She would answer one question, and then she would be crying, and two seconds later, she would turn ice cold,” the juror added. “Some of us used the expression ‘crocodile tears.’”

Various video montages of Heard looking at the jury have gone viral online.

Some attorney’s picked up on Heard’s jury gawking, one calling it “creepy.”

The juror also said that “a lot of Amber’s story didn’t add up,” adding that “the majority of the jury felt she was more the aggressor.”

Conversely, the jury felt more comfortable with Depp, because “his emotional state was very stable throughout,” the juror said, adding, “he just seemed a little more real in terms of how he was responding to questions.”

“A lot of the jury felt what he was saying, at the end of the day, was more believable,” the juror said of the Pirates of the Caribbean star.

Depp sued Heard for $50 million, claiming that a 2018 Washington Post op-ed — in which she described as a victim of domestic abuse — has harmed his movie career. Heard countersued for $100 million.

The jury also found for Heard on one of her two claims, awarding the actress $2 million, and leaving her owing Depp roughly $8.35 million in damages, which Heard’s own attorney Elaine Charlson Bredehoft has said she is “absolutely not” able to pay.

After the defamation verdict, Heard appeared in an interview with Savannah Guthrie on NBC’s Today, where the Aquaman actress maintained that Depp had hit her, adding, “I stand by every word of my testimony.”