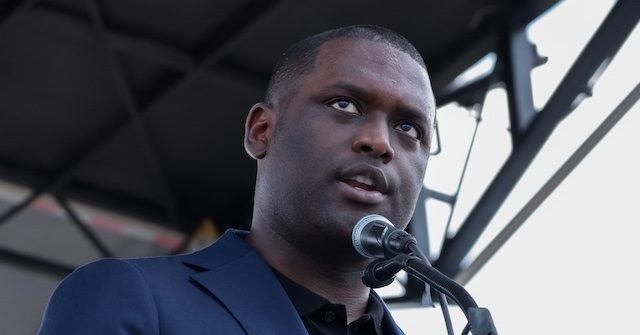 Jones used a rule in the House of Representatives to vote by proxy, claiming he was “unable to physically attend proceedings…due to the ongoing public health emergency” despite being able to party on the French Riviera at HBO star Issa Rae’s lavish wedding, the New York Post reported. The New Yorker had allowed Georgia Democrat Rep. Nikema Williams to vote for him.

The Post wrote that the Democrat lawmaker had potentially misused the proxy voting capability in the House, which was first enacted by House Speaker Nancy Pelosi (D-CA) so members with coronavirus or exposure could still participate. He reportedly used it on 17 pieces of legislation between July 19 and July 27 last year during his time in France, as revealed by Instagram posts and online records.

A series of social media posts showed Jones or tagged him with a group including multiple entertainment industry people who traveled to Paris, Beaune, Bordeaux, and Saint-Jean-Cap-Ferrat, according to the report. But, while Jones’s campaign spokesperson confirmed he was in France to attend the wedding, he also said the lawmaker did not travel to Bordeaux, Versailles, or Beaune.

While across the Atlantic, Jones hung out with a fashionable jet-setting group, three members of which either appeared in or worked on HBO show “Insecure” co-created by Rae, who married Louis Diame on July 25 in Saint-Jean-Cap-Ferrat, a French commune overlooking the Ligurian Sea.

Rae and the lawmaker had overlapping time at Stanford University, as the producer graduated two years before Jones. And since then, Rae doesn’t appear to be in any of the pictures with Jones but has reportedly commented on at least one and has also hosted a fundraiser for him in 2019, where she said on social media, “We need people like him” in Congress.”

Jones tool heat from a rival campaign insider who told the Post, “We know Mondaire is quite unfamiliar with New York City, but remote-control governance ain’t gonna cut it here…Sending votes in from the south of France feels par for the course for MIA Mondaire.”

A spokesperson for Jones told the Post that the lawmaker did not have any regrets about going to France and letting someone else vote for him.

“It’s hard to tell what The Post is more offended by, Mondaire Jones voting against Republicans multiple times or Mondaire Jones attending the wedding of his close friend, and absolute icon, Issa Rae,” campaign spokesperson Bill Neidhardt said in a statement.

“I know it makes the Post feel ‘Insecure,’ but Rep. Jones has no apologies for his votes against the GOP or for being with his good friend during the most important week of her life,” he added.

The lawmaker was also unable to provide a timeline of the events and his trip to the Post, but his letter to the House clerk allowing his proxy vote was on July 19, and an Instagram post from August 2 showed he was back in Washington, DC.

Some of the posts from Jones’ trip:

On July 10, before Jones departed, he tweeted from his official Twitter account how “summer is a great time to travel abroad” but that everyone doing so should make sure their passport is up to date.

☀️Summer is a great time to travel abroad, but before you go, make sure your passport is valid and up to date!

As more Americans prepare to travel abroad, passport renewals can take up to 18 weeks, so don’t delay.

After his presumably up-to-date passport was stamped during his jaunt, official federal documentation shows Jones passed off his vote-casting duties to Williams for the Consumer Protection and Recovery Act on July 20 and on July 21 with the PFAS Action Act of 2021, which created regulations on perfluoroalkyl and polyfluoroalkyl, both carcinogens that have been detected in New York state drinking water.

The Post noted that the July getaway was when the rest of the House was still in session, before their more than month-long for “district work” had started. The 2021 House calendar showed that lawmakers headed home for a “district work period” for the entire month of August, and “committee work” started back up on August 31 until September 20.