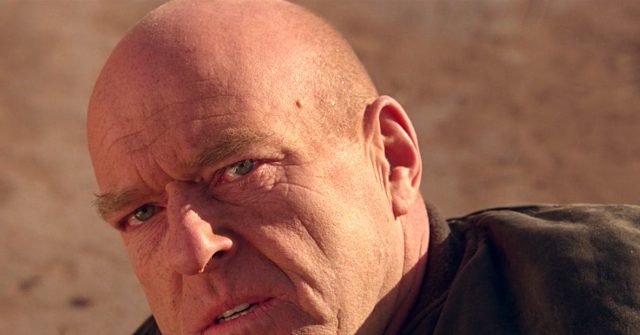 Breaking Bad star Dean Norris, whose net worth is an estimated $5 million, is under fire for saying you can’t “love capitalism” and complain about the high cost of gas.

The actor, who played DEA agent Hank Schrader in both Breaking Bad and Better Call Saul, attacked people who claim to love capitalism for complaining about the currently skyrocketing costs of gasoline.

“You’re not getting ‘robbed’ at the pump. You’re paying fair market price for a commodity. If you love Capitalism so much then stfu,” Norris tweeted on June 15.

Youre not getting “robbed” at the pump. You’re paying fair market price for a commodity. If you love Capitalism so much then stfu

The average per-gallon cost of gas soared past $5 for the first time in U.S. history this month, causing widespread financial stress on families already reeling from Biden’s disastrous economic policies.

While Norris is mostly correct that gas prices are not simply soaring to fill the pockets of “Big Oil,” as many on the left — including Joe Biden — claim, he was wrong to peg it solely on “capitalism.”

The Russian incursion into Ukraine is a factor, granted. But gas prices have been climbing at an alarming rate since December of 2020.

One major reason gasoline is soaring in cost is because U.S. oil production is down 900,000 barrels per day since Biden entered the White House and began to undermine the U.S. energy sector.

During one of the Democrat debates in 2020, Biden boldly promised to crack down on oil.

“No more subsidies for the fossil fuel industry,” he said, adding, “No more drilling, including offshore. No ability for the oil industry to continue to drill, period. It ends.”

Joe Biden in 2020: “No more subsidies for the fossil fuel industry. No more drilling including offshore. No ability for the oil industry to continue to drill period. It ends.” pic.twitter.com/90MVJevPmv

For his part, Norris seems to be an equal opportunity offender in some cases. He has variously attacked the “rich fuckwads” — such as actresses Lori Loughlin and Felicity Huffman — who use their money and Hollywood connection to get their kids in elite schools, and mocked actress Gwyneth Paltrow for saying that Hollywood actors have it tougher when raising kids.

But, on the other hand, along with his tweet slamming fans of capitalism, he has also excoriated Second Amendment supporters who he claims “jerk off” to the Constitutionally guaranteed right, and been a detractor of President Trump and his voters.