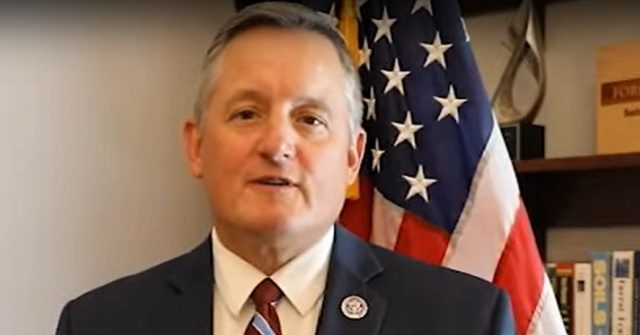 On Friday’s broadcast of “Fox Business Tonight,” Rep. Bruce Westerman (R-AR) criticized President Joe Biden for criticizing the oil industry while he’s “going to fly to Saudi Arabia, emitting all kinds of greenhouse gas emissions”When he was able to look at American oil.

Westerman claimed, [relevant remarks begin around 2:10] “We should be focusing on things like the bills that the Ranking Member on the Energy and Commerce Committee, Cathy McMorris Rodgers and I put out, the American Energy Independence from Russia Act, which would require the administration to do an energy plan. Let’s open up pipelines and build more pipelines. Let’s start issuing leases onshore and offshore and really empowering those American workers to fix this problem. Because that’s what’s going to fix it. Attacking the oil industry is not going to solve anything. And in the meantime, Joe Biden’s going to fly to Saudi Arabia, emitting all kinds of greenhouse gas emissions, when he should be going to say, Texas, Louisiana, or maybe get in the car and drive back to Pennsylvania and look at the gas there in the Marcellus Shale. We have the resources and the solutions here. We just have to utilize them.”

He said, “[W]e have the resources. That’s the part — and we do it cleaner, safer, more efficiently than anybody else in the world.”