Photos: Many protest the London Cost of Living Crisis 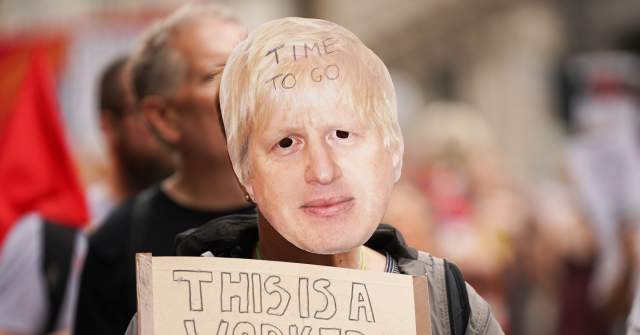 LONDON (AP) – Thousands of people marched through central London on Saturday in a protest over the soaring cost of living in Britain.

For the protest, huge crowds of people flooded the British capital to call for more government assistance to those facing rising bills.

Boris Johnson, Prime Minister has been accused of being too slow in responding to the rising cost-of-living crisis. Inflation in Britain and across Europe has been surging, as Russia’s war in Ukraine crimped supplies of energy and food staples like wheat. The COVID-19 pandemic caused strong consumer demand, but prices were already on the rise before the war.

Participants in Unison, along with members of the public, take part in an TUC national demonstration at central London. They are demanding action on the costs of living and new deals for workers. Picture date: Saturday June 18, 2022. (Photo by Yui Muk/PA Images via Getty Images

The banners featured messages like “Cut war not welfare.” They booed when they passed by 10 Downing Street, the prime minister’s residence, according to videos posted on social media.

Ben Robinson, who works for a housing charity in south London’s Brixton neighborhood, said the government doesn’t realize how bad things are going to be for the poor.

“We’ve got residents who are coming into our offices who are choosing between feeding their own kids, not themselves, their own kids, and paying rent and heating,”He said. “That is just not a choice that anyone should have to face, you know, in the fourth biggest economy in the world.” 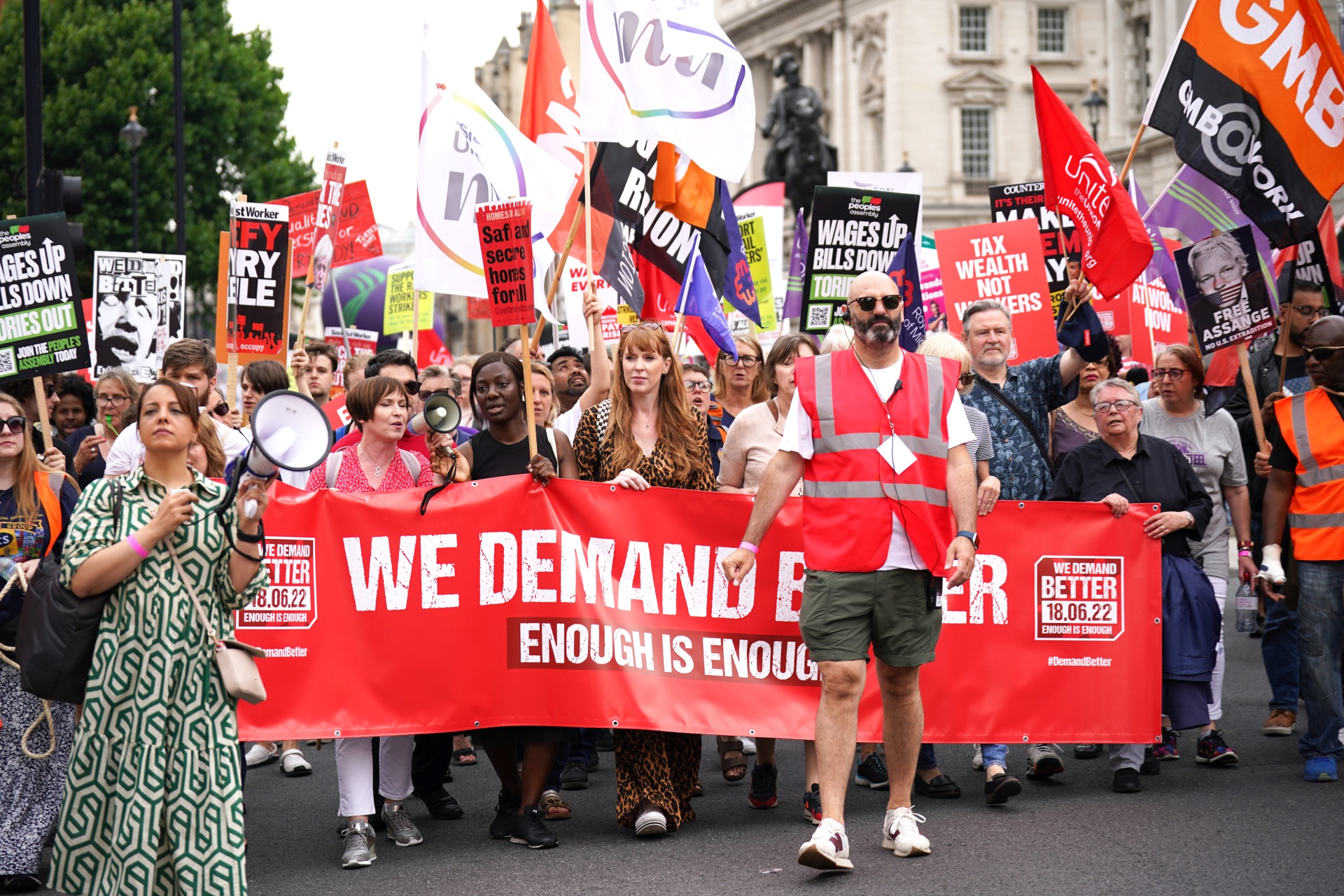 Angela Rayner, Labour Party deputy leader (centre), participates in the TUC’s national demonstration in central London in order to call for action on cost of living and for a better deal for workers. Picture date: Saturday June 18, 2022. (Photo by Yui Muk/PA Images via Getty Images

The TUC, an umbrella organization for labor unions that organized the protest, said its research suggests workers have effectively lost a total of almost 20,000 pounds ($24,450) since 2008 because pay hasn’t kept pace with inflation. 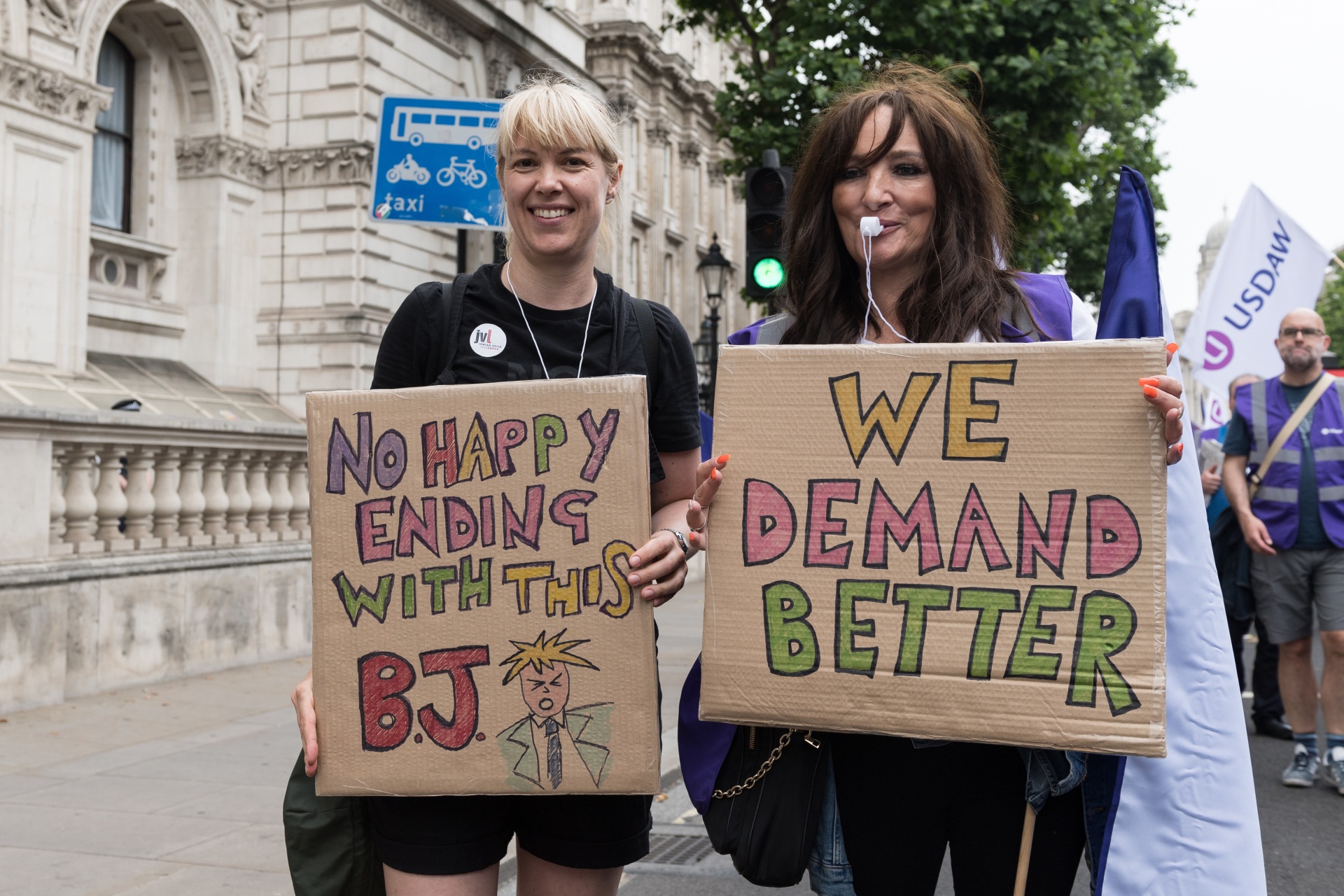 LONDON, UNITED KINGDOM – JUNE 18: Demonstrators hold placards as they march in a protest against the govenment’s handling of the cost of living crisis and demand a better deal for the working people during a demonstration organised by the Trades Union Congress (TUC) in London, United Kingdom on June 18, 2022. In an era of rising energy and fuel prices, leaders in trade unions and frontline workers demand a raise for public sector workers. (Photo by Wiktor Zymanowicz/Anadolu Agency via Getty Images

Johnson’s government is facing heavy pressure to do more to help Britons struggling with soaring fuel and food prices and domestic energy bills. One example of how tight household finances are, according to a data firm, the cost of filling up an average family car with fuel is over 100 Pounds ($125).