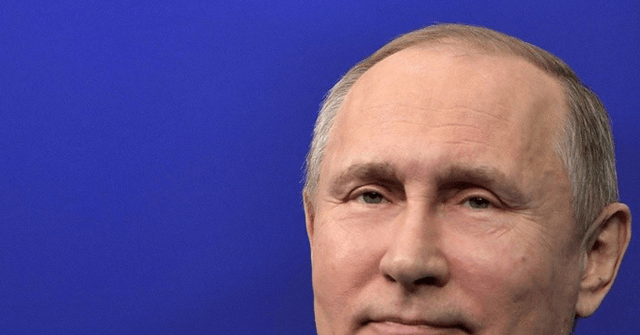 Bloomberg reports that some in the Biden administration are having second thoughts about the effectiveness of all the government-imposed and voluntary sanctions leveled against Russia after Russian President Vladimir Putin invaded Ukraine.

The following should surprise no one who knows anything about the real world:

Russia’s invasion of Ukraine galvanized the US, UK and European Union to unleash a slew of sanctions meant to punish Vladimir Putin’s government and pressure him to pull his forces back.

But some Biden administration officials are now privately expressing concern that rather than dissuading the Kremlin as intended, the penalties are instead exacerbating inflation, worsening food insecurity and punishing ordinary Russians more than Putin or his allies.

Officials were initially impressed by the willingness of companies from BP Plc. to McDonald’s Corp. to abruptly “self-sanction,” sometimes selling assets at fire-sale prices. But the administration was caught off-guard by the potential knock-on effects — from supply chain bottlenecks to uninsurable grain exports — due to the companies’ decisions to leave, according to people familiar with internal discussions.

Gee, who could have ever guessed that sanctions against Russia would hurt the Russian people more than their billionaire leader?

Gee, who could have ever guessed that thoughtless, feel-good policies and decisions made during a moral panic might backfire?

Let’s not forget the environment in which all these sanctions came down. A White House eager to take everyone’s mind off His Fraudulency, Joe Biden’s mishandling of the economy decided Putin’s illegal invasion of Ukraine would be The Next Thing Virtuous People Must Care About More Than Anything Else In The World. Naturally, the corporate media went right along.

So, as is the case in all moral panics (COVID, George Floyd, #MeToo, etc.), reason, logic, compassion, and decency were thrown right out the window as people, politicians, and corporations fought to prove their purity, their virtue, and that they care more than anyone else in the world about this latest outrage.

And here we sit with shortages unseen since World War II, the real threat of a worldwide famine due to wheat shortages, record inflation, and to what end?

So, once again, the Super Pure Virtue Signalers only hurt a bunch of innocent people in their crusade — not to do the right thing — but to prove their own purity.

That follows warnings from the United Nations and humanitarian groups that hunger and poverty may soar if the price of staples like wheat stay high. Turmoil triggered by rising food and energy prices has already hit countries, including Sri Lanka, Egypt, Tunisia and Peru.

Oh, yeah… Vlad is getting plenty to eat.

According to this article, over 1,000 corporations have ceased doing business with Russia, including companies like McDonald’s, which closed its franchises at a huge loss. Why? To what end? Who does that hurt other than the everyday Russians who worked there? What was the thinking behind this, that Vlad would pull out of Ukraine so he could get a Big Mac?

A worker removes McDonald’s logotype from a restaurant in Moscow on June 17, 2022. – McDonald’s sold its Russian business to Russian businessman Alexander Govor, a licensee of the chain. Former McDonald’s restaurants in Russia have been renamed “Vkusno i tochka” (tasty and that’s it!) (ALEXANDER NEMENOV/AFP via Getty Images).

Many of those 1,000 companies voluntarily ceased doing business. The government didn’t ask them to launch a private sector boycott. Instead, they joined the moral panic, sought Twitter accolades, and here we are with record inflation and energy prices, along with no baby formula…