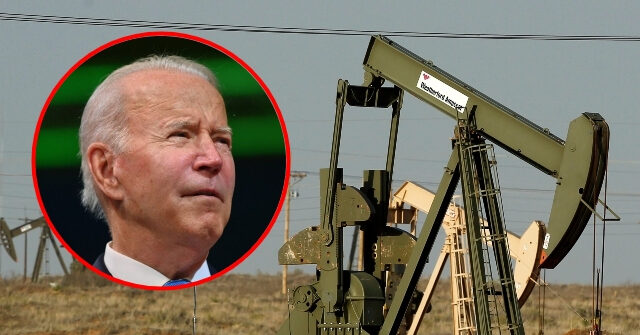 Last week, the Labor Department announced the rules that would enable fund managers to prioritize ESG initiatives, a form of leftist activism in financial investing, when selecting which retirement investments to invest in and when they exercise shareholder rights, such as proxy voting.

ESG policies are a form of leftist activism in financial investing that has become the latest vector to influence the way Wall Street financial firms and corporations continue to take social and political positions that do not relate to their business, such as stances associated with climate change, as well as the Diversity, Equity, and Inclusion (DEI) agenda.

Ultimately, after the rule comes into effect, it empowers managers to push these leftist ideas through unelected channels by considering something other than earning returns.

Given the political beliefs behind ESG investing, Moore explained that asset managers should strictly use objective financial metrics — which is what the Trump-era rule required — in their fiduciary decisions other than following the uncertain “political nature of ESG investing”And he urged Congress for a position:

ESG trends can be subjectively influenced by political factors, which could cause great harm for consumers seeking sound retirement choices. The fact that now defunct crypto exchange FTX had higher ESG ratings than ExxonMobil exposes the clear flaws in this investing trend, and I’m worried Americans could be deceived into placing their retirement money into investment products that are promoted more for political factors than financial stability.

It is my hope that Congress will stop this scheme to con people into thinking they can use their retirement funds to finance woke social projects.

Louisiana State Treasurer John Schroder, chairman of the State Financial Officers Foundation (SFOF), also released a statement claiming the “Biden administration is attempting to pull a fast one on the American people by pushing the progressive ESG agenda through unelected channels like the Department of Labor.”He also added:

They’re going through DOL to install initiatives like the Green New Deal without the checks of the legislative process. Not only will the adoption of this rule prove devastating for hardworking American retirees, but it will also threaten America’s national security and energy interdependence forcing reliance abroad. American retirement dollars should be invested for the best return and profit, not to bolster social initiatives chosen at a whim by fund managers and their favorite bureaucrats.”

Moore and Schroder attended the State Financial Officers Foundation (SFOF) conference last month, where multiple state treasurers from across the country launched their strategy against ESG policies. They launched a website and a video explaining the risks of ESG policy.

Jacob BlissBreitbart News reporter. Reach him by writing to [email protected] or follow him on Twitter @JacobMBliss.