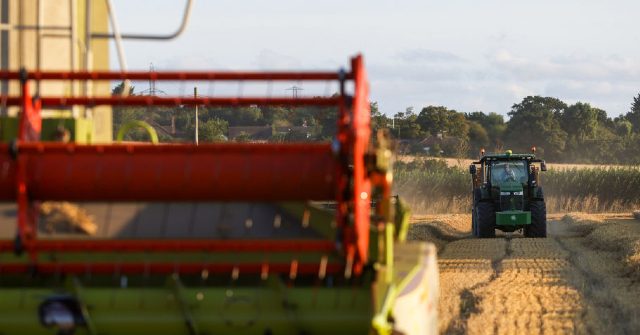 Speaking at NewsNation’s On Balance with Leland Vittert, President of the National Black Farmers Association John Boyd Jr. said food storages are likely to come in the following months.

“For so long, we’ve enjoyed lots of food in this country, so we’ve never ever faced a food shortage and I think that’s coming in the coming months,” Boyd said.

Diesel prices soared to record highs on Friday, reaching $5.798 per gallon. A year ago, diesel prices were $3.21 per gallon, AAA data shows. The increase represents about a 75 percent increase from last year.

“If the farmers cannot get crops out of the ground, then there is not food on the shelves,” Farm Bureau aide Kyle Kotzmoyer told the Pennsylvania House Republican Policy Committee this week.

In the last 12 months, fruit and vegetables have significantly increased in price, according to the Bureau of Labor Statistics:

The food price spikes will cost the average American family an extra $460 per month, according to Moody’s projection in June. In March, that projection was lower; Bloomberg estimated families would be charged an extra $5,200 in 2022, or $433 per month, 27 dollars less than the June projection.

In 2019, then-candidate Joe Biden said he would “end” the fossil fuel industry in the United States.

According to polling, 80 percent of citizens believe inflation is an “extremely/very important” factor in how they will vote in midterm elections. Seventy-four percent said the same about gas prices.