Dem Gov. Murphy: The Chances of Recession are 50/50 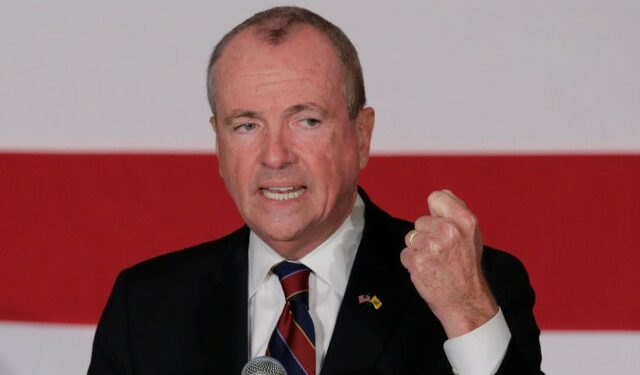 On Tuesday’s broadcast of CNBC’s “Squawk Box,”New Jersey Governor Phil Murphy (D), said that the likelihood of a downturn in the coming 18 months is 50/50.

Co-host Becky Quick asked, “Part of the reasoning behind all of these upgrades came from just what’s been done over the long term. You were able to make pension payments for the second year in a row. That’s the first time the state’s done that in 25 years. The other big issue is the $6 billion budget surplus that the state of New Jersey has at this point. I think you’re setting this aside for rainy days. And I guess the question is, are rainy days here, when you hear about things like Goldman Sachs, when you see what’s happening in inflation, do we need this budget surplus right now to survive some difficult days ahead?”

Murphy answered “Yeah, I think we do is the short answer. … And I thought the prior conversation that Joe had on the prospects of a recession at about 50/50, that seems right to me. So, we don’t want to get caught out. New Jersey’s been caught out before, and we are determined not to get caught out again.”

Later, Murphy responded to a question on New Jersey business leaders placing the odds of a recession higher than 50/50 and a poll showing that most of them think we’re already in a recession, the recession will last more than a year, and that New Jersey’s efforts to support small businesses during the pandemic weren’t effective by stating, “I’m not — on the outlook, I’m not nearly as dire as they are. But I think, listen, a 50/50 chance of a recession within the next 18 months is a pretty significant statement in and of itself. I’m not as dire as they are. And I would just say, with all due respect, I don’t agree with them in terms of what we’ve done for small businesses.”