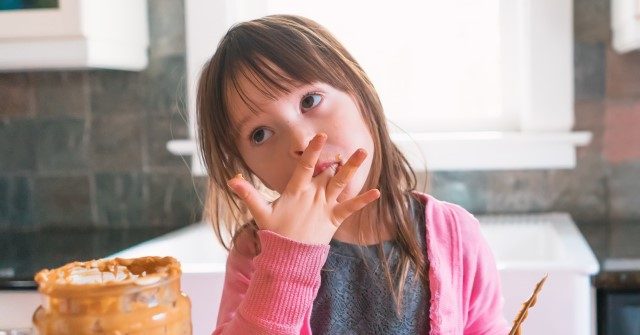 Sriracha hot sauce and peanut butter are the latest additions on the list of hard-to-find products amid the supply chain crisis in President Biden’s America, joining other items such as baby formula and recently, tampons.

The country is still grappling with a baby formula shortage following the Food and Drug Administration (FDA) shutting down the Abbott Nutrition plant in Sturgis, Michigan, in February to investigate a purported bacterial outbreak at the facility. The investigation came after four infants became ill.

However, Abbot said that after a “thorough review of all available data, there is no evidence to link our formulas to these infant illnesses.” Though it finally reopened this month, it has been forced to close again due to flooding.

Meanwhile, tampons are in short supply, as Procter & Gamble, which comprises about half of the menstrual care market, admitted that consumers may be temporarily unable to find the products they need.

“The Tampax team is producing tampons 24/7 to meet the increased demand for our products,” the company said in a statement, according to NBC News. “We are working with our retail partners to maximize availability, which has significantly increased over the last several months.”

Three states are being hit particularly hard — Alaska, Hawaii and West Virginia — according to reports.

But it does not end there. Huy Fong Foods, which produces the ever-popular sriracha hot sauce, said it is facing an “unprecedented shortage” of chili staples, explaining in a statement that it is “still endeavoring to resolve this issue that has be [sic] caused by several spiraling events, including unexpected crop failure from the spring chili harvest.”

Due to a shortage of the chili peppers used to make Sriracha hot sauce, the popular condiment is becoming hard to find on store shelves. (Justin Sullivan/Getty Images)

“One of them is a shortage of raw materials, packaging and food ingredients that go into the hot sauce,” he said, according to the outlet.

Peanut butter is another kitchen staple that could become scarcer as Americans worry that other basic products may become more difficult to obtain.

“Nearly 50 types of creamy, crunchy and natural Jif peanut butter were recalled in late May by J. M. Smucker Co. due to potential Salmonella contamination. Sixteen illnesses across a dozen states have been connected to the recall, according to the U.S. Centers for Disease Control,” MLive reported.

Although the recall only impacts Jif products, photos on social media show vacant shelves as customers gobble up other brands of peanut butter.

“They just presume there’s going to be a shortage when the nature of the demand is not there,” Closs said.

All of this comes as Americans continue to grapple with record-breaking gas prices — $5.00 per gallon nationally as of Friday — and 41-year-high inflation.