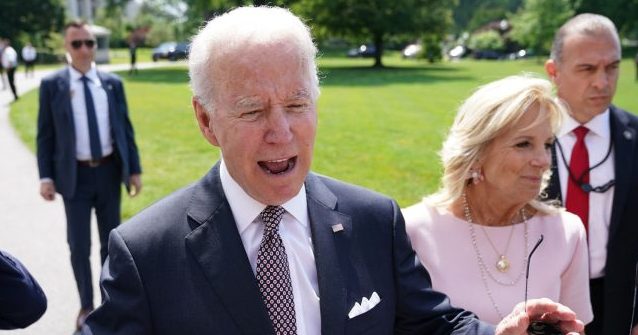 Bank of America economists slashed their forecasts for U.S. growth for this year and next to reflect ongoing inflation, Fed tightening, lockdowns in China, and the Russia-Ukraine war.

“It goes without saying that it has been a wild ride since our year-ahead piece last November. Russia has invaded Ukraine, causing a commodity and confidence shock, China has continued to struggle with its new economic policy regime and zero-COVID strategy, and most important, inflation has proved to be an even bigger problem than we had expected,” Bank of America economist Ethan Harris said in a note to clients on Friday.

The bank sees inflation for the full-year at eight percent, as measured by the Consumer Price Index, a big jump up from the 4.2 percent it expected in November. Next year’s CPI is expected to rise 3.8 percent, up from 2.6 previously expected.

“This week, we have cut our growth forecast for this year and next and introduced a very weak projection for 2024,” Harris said. “We expect growth to fade to close to zero by the second half of next year as the lagged impact of tighter financial conditions cools the economy. We expect only a modest rebound in growth in 2024. The risk of a recession is low this year, but we put about a 40% chance of a recession starting next year. So our forecast is for ‘weak or worse.’”

Deer in the Headlights

The bank praised the Fed’s recent move to raise its target by 75 basis points, saying the central bank is “no longer behind the curve.” But it thinks the Fed remains too optimistic about rate levels in the future that will be needed to tame inflation. In the Fed’s summary of economic projections, the median expectation for interest rates saw them climbing to 3.8 next year and then falling to 3.4 in 2024—with only a mild rise in unemployment and ongoing growth.

That’s unlikely, according to Harris.

“Where we disagree with both the Fed and the markets is the idea that the Fed will be cutting in 2024. That is certainly possible if there is an outright recession. However, our baseline forecast assumes the Fed will be like a deer in the headlights: unsure over whether to react to very weak growth or still high inflation,” Harris said.

Even though Bank of America expects growth to fall to near zero next year, it thinks the risks are to the downside.

“The main home grown risk is that inflation refuses to converge toward a level that is acceptable to the Fed. We think that threshold is 3%, but perhaps they are serious about getting back to the low twos. In our view, getting there would require that the Fed deliberately trigger a recession,” Harris said.

“We can’t rule out additional shocks from the Ukraine invasion, including a renewed spike in energy prices, a widening of the war and the spread of sanctions to supporters of Russia including China,” Harris wrote.